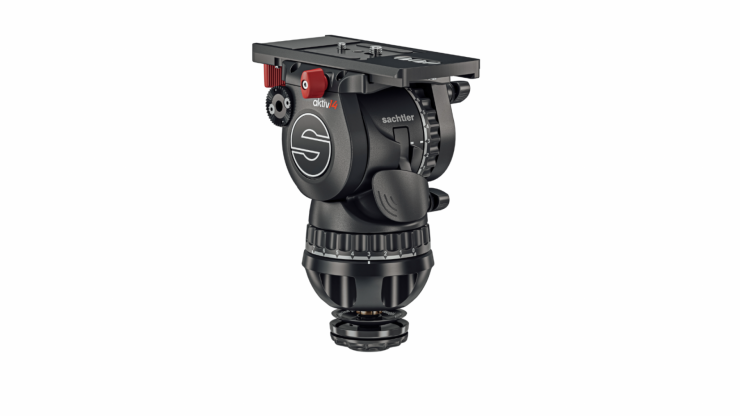 Sachtler has expanded its range of aktiv fluid heads with the announcement of the new aktiv10T, aktiv12T, and aktiv14T 100mm fluid heads.

These new additions to the lineup bring all of the same speed and control benefits of the aktiv fluid heads but allow for much heavier payloads of up to 16kg / 35.27 lbs.

The heads are compatible with all Sachtler 100mm tripods (except for HotPod) and all feature the Sachtler ‘Touch & Go’ camera plate to quickly attach and release a camera.

All aktiv heads support payloads starting from 0kg, and the three new models support up to 12kg for the aktiv10T, 14kg for the aktiv12T and 16kg for the aktiv14T and all feature 15 steps of counterbalance and 7 steps of drag. The new heads are suitable for use with heavier payloads in electronic newsgathering, cinematography, and documentary productions.

With no bowl clamp required, aktiv heads, combined with flowtech tripods, can go flat to the ground for low-angle shost.

With the aktiv system’s SpeedSwap feature, operators can quickly switch their camera between a tripod or a slider in seconds to capture shots that have previously been unavailable with limited time.

The 100mm Sachtler aktiv fluid head range is now available to order. Here are the prices: