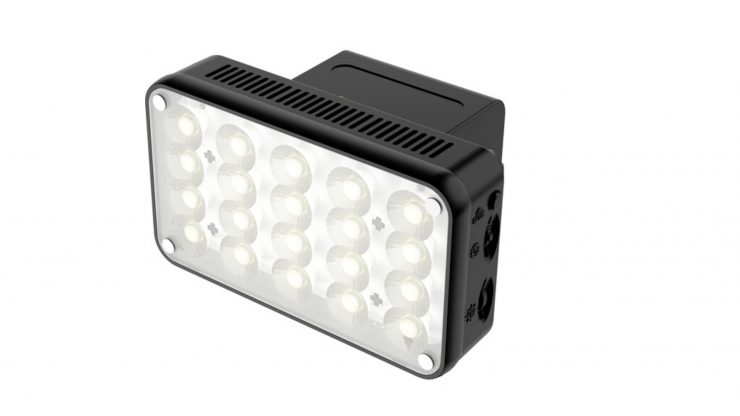 It is being touted as a high output on-camera light and it has a claimed output of 7540lx when used at 5500K at a distance of 3.3′ / 1m. For a light that only draws 14W, this output sounds too high to me, but that is what is being claimed.

This light has a very tight 24° beam angle which means it won’t be suitable for a lot of lighting applications. This fixture is going to have to be used as a hard source in most situations, however, it does ship with a magnetic diffuser.

The COMER Torch 300 can be powered via a single Sony style L-series battery or via DC input.

It comes with a cold shoe mount and it has a single 1/4-20″ thread on the bottom of the fixture. You also get a remote controller that has a claimed range of up to 262.5′ / 80 m as well as an L-series battery and a charger.

There is also a three-light kit that comes with light stands for $399 USD.