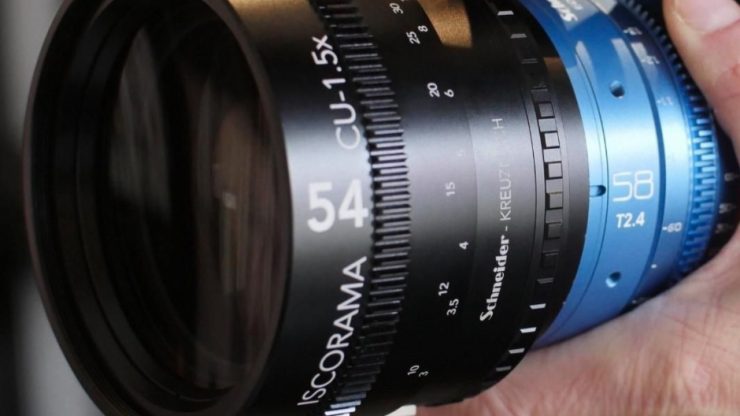 Schneider Kreuznach who owns ISCO Optics is bringing back Iscorama anamorphic in the form of an ISCO4all set. This set consists of full-frame spherical 43mm, 58mm, and 85mm T2.4 lenses and a 1.5x anamorphic adapter.

Before you get too excited Schneider Kreuznach will be only making the kit initially available from specially selected rental houses from January 2022. However, they do have plans to actually start selling the set later in 2022.

ISCO Optics started making anamorphic attachments for widescreen projection in 1953. Iscorama a trade-marked brand of ISCO Optics was a series of anamorphic lenses that were first manufactured in the late 1960s. These lenses were popular due to their high optical qualities and unique focusing characteristics. ISCO Optics continued to make lenses up until the early 2000s.

It produces a 1.5x squeeze factor and it uses the patented ISCO single focus system. The ISCO anamorphic focusing mechanism was unique in that you just set the lens you were using to infinity and then focus was adjusted using the anamorphic adapter. With a lot of other anamorphic adapters, you needed to set the focus on both the lens and the adapter.

The 43mm, 58mm, and 85mm T2.4 spherical lenses all have 11 aperture blades and they cover a 46.5mm image circle. They are only available in PL mount. What is interesting is that Schneider Kreuznach isn’t actually making these lenses, they are being made by the Chinese lens company Dulens. These lenses look to be rehoused versions of the Dulens APO Miniprimes.

Above you can see some footage taken with the ISCO4all set.