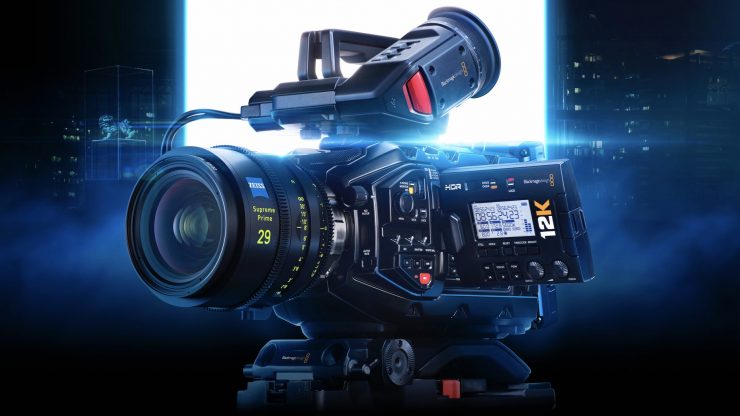 Blackmagic Design has announced the Blackmagic Camera 7.7 update which is claimed to enhance sensor performance for the URSA Mini Pro 12K.

This update refines the sensor’s unique technology with fine adjustments to the demosaic algorithm. this claimed to lead to a more neutral color balance and enhanced sharpness of shadow details for better overall image quality. In addition, the incidence of moire has also claimed to have been reduced when capturing ultra-high resolution scenes with very high-frequency fabrics or architectural textures.

Oversampling from 12K gives you 8K and 4K images with subtle skin tones and lots of detail. You can shoot at 60 fps in 12K, 120 fps in 8K, and up to 240 fps in 4K Super 16. URSA Mini Pro 12K features an interchangeable PL mount, as well as built-in ND filters, dual CFast and UHS-II SD card recorders, a SuperSpeed USB-C expansion port, and more. DaVinci Resolve Studio is also included.