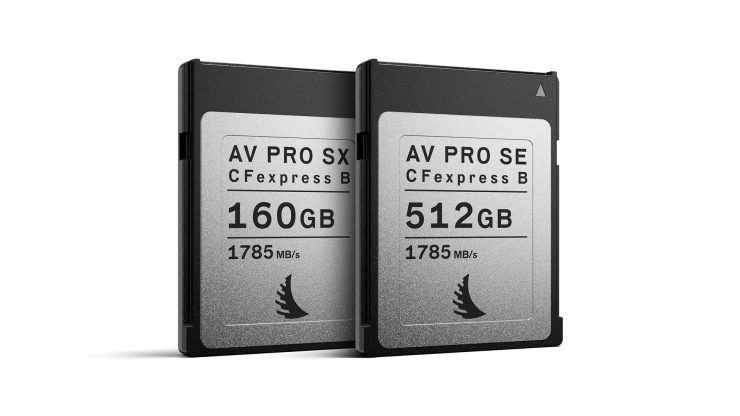 Stable Stream™ Sustained Write Performance
Demanding formats such as 8K+ RAW recording or continuous shot photography place a heavy data burden for most camera systems. Capturing high-definition frames requires a sustained write speed that does not throttle or drop off in performance as the capacity of the card gets used.

Angelbird Technologies states Stable Stream™ technology supports sustained write speeds ensuring that a reliable speed range is maintained throughout the duration of each shooting session for the entire capacity of the card.

While long duration shooting or continuous burst photography at high data rates may trigger an overheating event in the camera, the AV PRO CFexpress SE and SX feature Adaptive Thermal Management technology that signals a safe shutdown while protecting the card and content from any potential damage or loss of frames.

According to Angelbird, the low power draw and bus-powered components place a minimal drain on battery life for improved run times.

A power loss protection circuit creates a safe shutdown to protect against content loss or damage in the event of a sudden power loss.

You can monitor and optimize card health with Secure Erase feature that extends card lifespan and refreshes drive to a factory-fresh state.

Angelbird allows users to personalize the CFexpress card with their name, project, or contact details.

The Angelbird CFexpress Type B Card Reader supports 20 Gb/s data transfers*. What you clearly need to remember is that offload speeds are dictated by the card’s performance, the card reader’s performance, and what type of hard drive you are using.

You may well be asking why the 160GB card costs the same as the 512GB card and the reason is that the 160GB card offers much higher sustained write speeds.