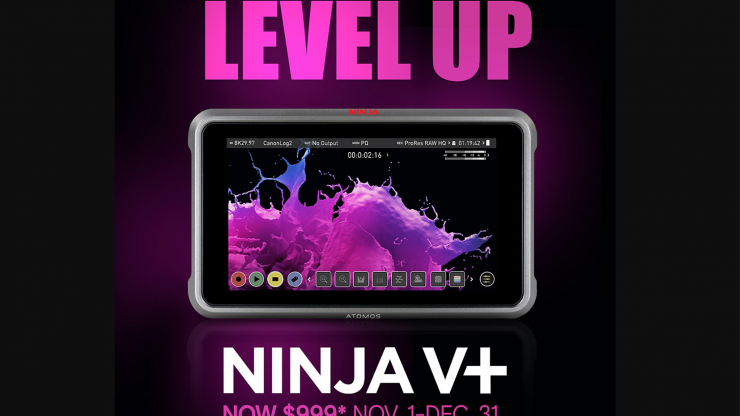 Atomos probably hasn’t sold a lot of Ninja V+ units as there are only a handful of cameras that can currently take advantage of some of its main recording capabilities.

The Ninja V+ can record Apple ProRes RAW up to 8K 30p from the Canon R5. You can also record ProRes RAW over HDMI up to 4K 120p with the Z Cam E2 and E2-M4. The recently announced Nikon Z9 will be able to record ProRes RAW internally so you have to wonder what the future holds for external recorders.

It also includes a H.265 free-to-download license to record with the high-quality, low-bandwidth codec for up to 10-bit recording in ProRes 4:2:2. The display features include a 10-bit screen with a brightness of 1000 cd/m², AtomHDR technology for accurate monitoring of your Log gamma footage, and support for popular log formats from Sony, ARRI, Canon, JVC, Panasonic, Nikon, RED, Sony, and Z CAM cameras.