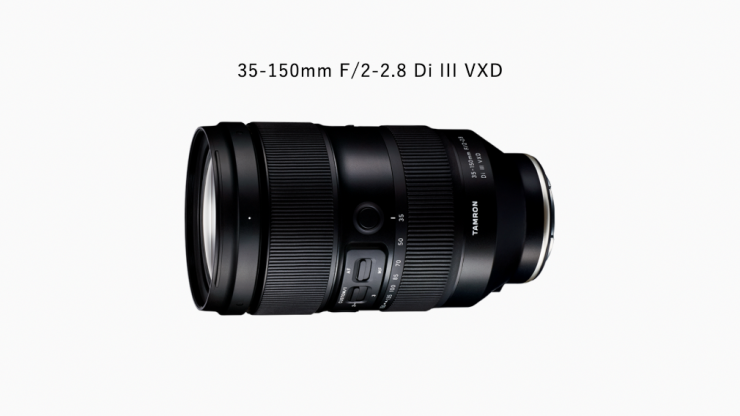 The Tamron 35-150mm f/2-2.8 Di III VXD is being touted as a versatile all-in-one zoom. The lens uses a VXD (Voice-coil eXtreme-torque Drive) autofocus system that is claimed to be quick, quiet, and precise. The lens looks to be a good option for both stills and video applications.

The lens features leak-resistant seals throughout the lens barrel and the Connector Port is also water-proofed.

There is a recessed switch box and Focus Set Button.