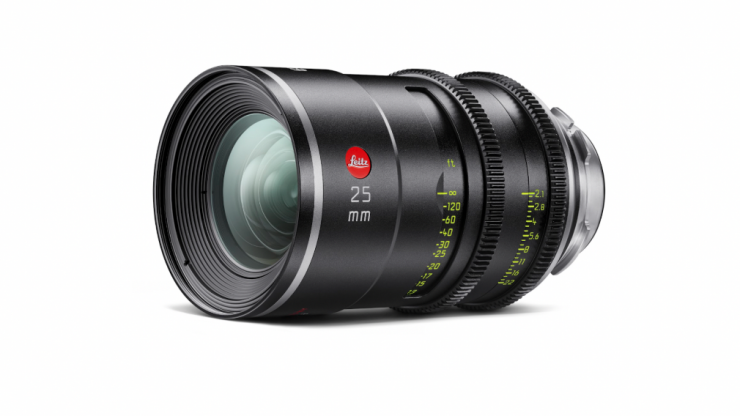 Leitz has announced its new Elsie range of full-frame cine prime lenses. The Leitz Elsie lenses come in 13 different focal lengths, ranging from 15mm up to 150mm. All of the lenses feature a consistent aperture of T2.1.

Leitz has a long history of making cine primes such as the SUMMILUX-C, SUMMICRON-C, THALIA, and LEITZ PRIME. The

According to Leitz, the Elsie series features a new aperture design so that the bokeh more closely resembles that of the M lenses. The lenses are also said to incorporate the warmth and resolution that Leitz lenses are known for. They also feature a noticeable but gradual falloff of resolution and illumination as the image approaches the corners to create a dimensional pop that gently draws the viewer‘s eye toward the center of the frame.

Only available in LPL mount

It is interesting to see that the Elsie lenses will only be available in LPL mount. According to Rainer Hercher, Managing Director at Ernst Leitz Wetzlar, Leitz chose to anchor its design to the LPL mount specification to create smaller and faster optics while still maintaining the Leitz standard in both image quality and mechanics. Leitz believes that cameras with shallow flange depths and interchangeable mounts are the future of cinematography. Lens designs have always followed camera formats and Leitz expects that other lens companies will follow their lead.

Why are they called Elsie?

The lenses are named after the daughter of Ernst Leitz II, Elsie Kühn-Leitz. Elsie risked her life during WWII helping Jewish employees of her father’s company and their families escape Germany. She also secretly provided food and aid to forced laborers installed by the Nazis at the Leitz factory before being caught and imprisoned by the Gestapo. After the war, she was active with other charitable groups in Africa and Europe.

In honor of her work helping others, Ernst Leitz Wetzlar will be donating a portion of the proceeds from this line of lenses to the non-profit charity Ingenieure ohne Grenzen. Translated as “Engineers Without Borders”, the German-based organization works with communities in need across the globe to provide technical assistance and secure basic supplies for people in the areas of water and sanitation, energy, building and bridge construction, and others. A cornerstone of their work is the partnership with local communities to adapt solutions for their local conditions and create jobs by training community members to continue the work after they are done.

The Leitz Elsie lenses are sure to face a lot of very stiff competition. In the last few years, we have seen a plethora of full-frame cine lenses getting announced. The benefit sets like these have is the number of focal lengths that are available.