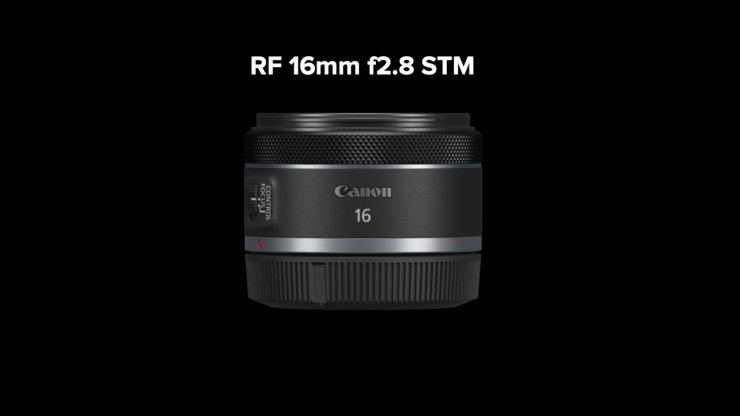 Canon has announced the RF 16mm f/2.8 STM. This is a lightweight, compact prime lens and is the 25th RF mount lens to be released by Canon. It is also the first ultra-wide RF prime lens to be announced.

Previously if you wanted a prime lens that was wider than 35mm you had to buy a third-party lens. It is still a little baffling as to why Canon hasn’t released any wide L series RF prime lenses.

The STM motor provides quiet and smooth autofocus performance and there is also full-time manual focus override. Additionally, a configurable Control Ring lets you adjust exposure settings, including ISO, aperture, and exposure compensation, from the lens itself.

Please note that this isn’t an IS lens.