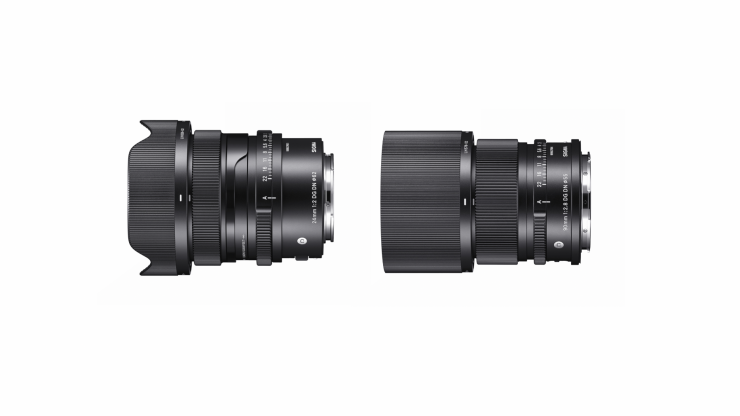 The SIGMA I series are compact, prime lenses that feature machined metal barrels and lens hoods, manual aperture rings, and magnetic lens caps. The I series was first announced on December 1st, 2020, and these two new lenses now expand the line-up to six.

The 24mm F2 and 90mm F2.8 I Series lenses have been announced exactly 60 years to the day that SIGMA was founded.

The 24mm F2 DG DN | Contemporary joins four existing I series lenses, five if you include the new 90mm F2.8. It is also the third lens to feature an F2 aperture, along with the 35mm, and 65mm.

The lens features an all-metal build and a manual aperture ring. The lens has dimensions of (Max. Diameter x Length): φ70mmx72mm / φ 2.8 in. x 2.8 in. and it weighs 365g / 12.9 oz. The 24mm F2 optic has been designed to complement compact mirrorless systems without sacrificing performance.

The optical design of the lens features 13 elements in 11 groups and that includes uses two SLD glass elements and one FLD glass element to correct axial chromatic aberration. It also incorporates two high-precision glass-molded aspherical elements and a 9 blade iris.

The AF drive system incorporates a quiet, high-speed stepping motor. The front filter diameter is 62mm and the minimum focusing distance is 24.5cm / 9.7″.

The 90mm F2.8 DG DN | Contemporary, just like the 24mm F2, features an all-metal build and a manual aperture ring.

This is a mid-telephoto focal length, and the longest I series lens that is currently available. Although not a macro lens, the 90mm F2.8 has a minimum focusing distance of 50cm / 19.68″ which is still pretty reasonable.

The optical design of the lens consists of 10 groups, 11 elements and this includes five SLD glass elements. A high-precision glass molded aspherical lens is claimed to help provides both high resolution and beautiful bokeh. The lens has 9 aperture blades.

These both appear to be good offerings from SIGMA. It is nice to see all-metal lenses with manual apertures and AF capabilities that don’t cost a lot of money.