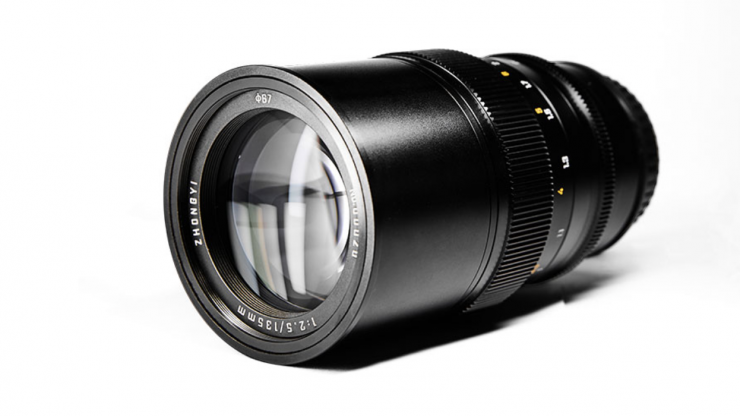 Just to be clear, the 135mm F/2.5 isn’t just a rehoused 135mm F/2.8. It has more lens elements, a closer minimum focusing distance, and a larger front filter diameter.

This is a reasonably fast all manual portrait lens that could be used for both stills and video.

The optical design consists of 9 elements in 7 groups. There are 2 Super ED (extra-low dispersion) elements and 2 ultra-high refraction Index glass elements that are claimed to help the lens produce ultra-sharp images with minimal chromatic aberration. The lens has 9 aperture blades.

The 135mm F2.5 features a metallic housing and clear markings on the aperture ring and focus ring. It utilizes an internal focus design and the focus throw is comparatively long for a stills lens. The lens is claimed to have very minimal breathing.

The new Mitakon Creator 135mm f/2.5 lens is now available for $299 USD. It looks to be a pretty decent and affordable option for those on a budget.