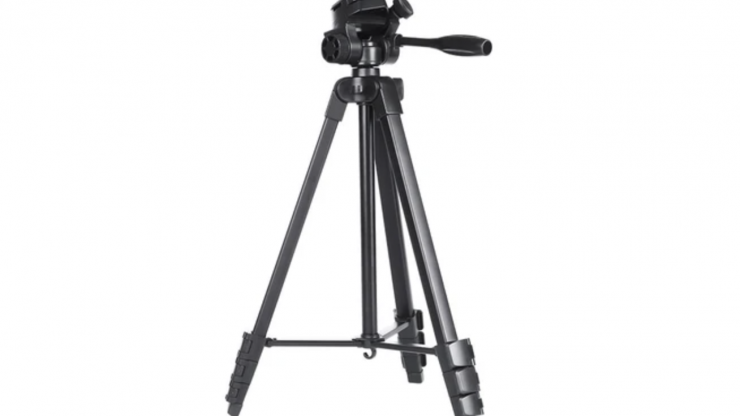 CAME-TV has announced a new lightweight aluminum tripod. This is clearly being targeted as a budget traveling tripod.

This would make a good option if you need to put a mirrorless sized ‘B’ camera on a tripod for use as a second camera angle for interviews, etc.

While it does feature a pan-tilt fluid head you have to adjust the pan and the tilt axis independently. This is certainly not a tripod I would recommend if you need to pan or tilt while shooting video. I would only ever use a tripod like this for locked-off shots.

They also make sense if you need to shoot locked-off vertical video shots as well.

The CAME-TV has a max. load capacity of just 2.99kg /6.6lb. This means it really is only suitable for mirrorless or SLR cameras, however, in a pinch, you could put a small-sized digital cinema camera on there.

As the tripod is quite small, you can easily fit it into bags and cases. This makes it a good option if you are traveling because it won’t take up a lot of space.

The CAME-TV Lightweight Aluminum Tripod is now available for $68 USD.