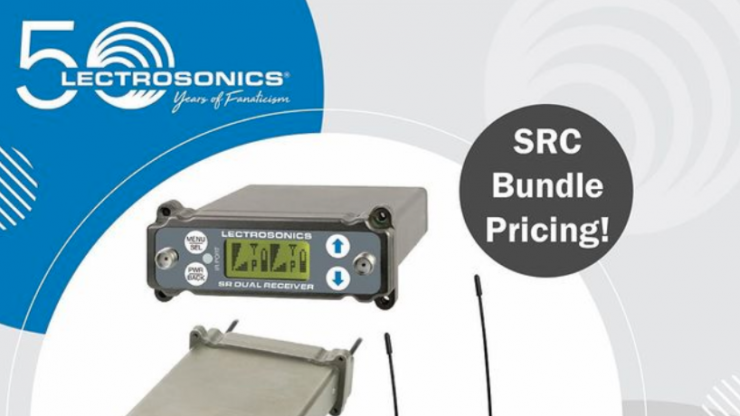 If you are not familiar with the Lectrosonics SRc, it is a high-end Dual-Channel Slot-Mount ENG Receiver that consists of two separate receivers built into a single, ultra-compact housing with adapters for video-camera-receiver slots and for stand-alone use.

These deals being offered by Lectrosonics include an SRc dual receiver as well as radio mic transmitters, and some even include lapel microphones and other accessories.

On B&H they have the following deals available:

These deals are not just available at B&H. Contact your local Lectrosonics dealer to see what deals they are currently offering.

I have personally been using an SRc Dual-Channel Slot-Mount ENG Receiver for years, along with two Lectrosonics radio mic transmitters. I cannot recommend them enough.

If you are in the market for a high-end wireless system, this is a good chance to get one and save some money.