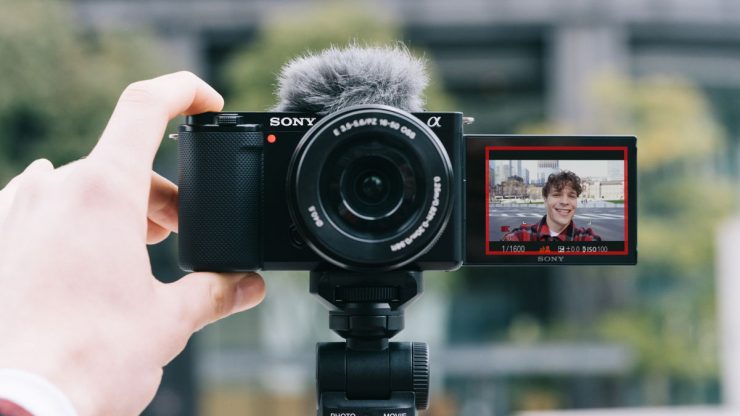 The new Sony ZV-E10 was designed for video-centric users that want the stills camera style plus video for Vlogging. The camera has a 24.2-megapixel APS-C sensor and has an interchangeable E mount.

Similar to streaming platforms the ZV-E10 has “Background Defocus” that can smoothly switch between a blurred and sharp background, as well as the “Product Showcase Setting” mode that allows the camera to automatically shift focus from the subject’s face to an object being highlighted and of course a flip-out screen

Unlike a lot of other budget entry cameras, the ZV-E10 doesn’t have a 29min 59sec recording limit.

Since the ZV-E10 is primarily for vlogging so audio is important. The camera includes an internal Directional 3-Capsule Mic, which enables the ZV-E10 to capture clear sound recordings. It also comes with a windscreen to reduce wind noise. For expanded audio options, the ZV-E10 includes a Digital audio interface via Multi-Interface (MI) Shoe and a mic jack to connect an external mic. The camera has a headphone jack for monitoring.
Audio output timing can also be set for Live or Lip Sync.

The ZV-E10 supports standards used for USB cameras like UVC (USB Video Class) / UAC (USB Audio Class). The ZV-E10 also allows users to connect to a power supply via USB cable while live streaming for longer usage. For added convenience, the user can assign this function to a custom button to start streaming instantly.

While vlogging with a stills camera is popular I wonder if a high-quality iPhone 12 Pro is smaller and just as good. 😀