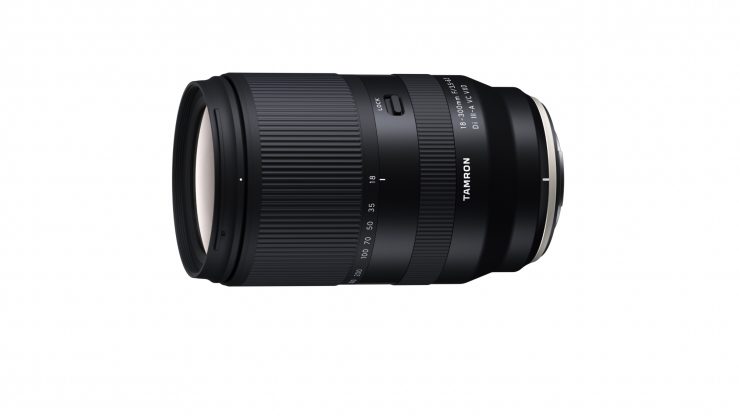 Tamron has announced the 18-300mm F/3.5-6.3 Di III-A VC VDX, the Japanese companies first lens for Fujifilm’s X-Mount. This APS-C lens is being touted as a 16.6x all-in-one zoom. It will also be available in Sony E-mount.

Tamron has been known for bringing out good quality Sony E-Mount zooms such as the 28-75mm F/2.8 Di III RXD, but many users have been requesting that they make the lenses for other camera brands in different mounts. Tamron saw an opportunity with the 18-300mm F/3.5-6.3 Di III-A VC VDX to make it for both Sony E-mount and Fujifilm’s X-mount.

The 18-300mm F3.5-6.3 covers a wide zoom range and according to Tamron, it is the first APS-C mirrorless camera zoom lens in the world with a 16.6x zoom ratio. It features an AF drive system that uses Tamron’s linear motor focus mechanism VXD (Voice-coil eXtreme-torque Drive). The lens also includes special lens elements that have been arranged precisely to maintain high-resolution performance from edge-to-edge and provide high image quality that is among the best found in all-in-one zoom lenses.

The lens features a MOD (Minimum Object Distance) of 5.9” / 14.98 cm at the wide end and a maximum magnification ratio of 1:2. It is also equipped with Tamron’s proprietary VC (Vibration Compensation) mechanism that supports stable capture even at ultra-telephoto focal lengths. It also has the same unified Ø67mm filter size, like most other Tamron lenses for mirrorless cameras.

The lenses are expected to be available in the northern hemisphere fall 2021. As this is a development announcement, no prices have yet to be released.