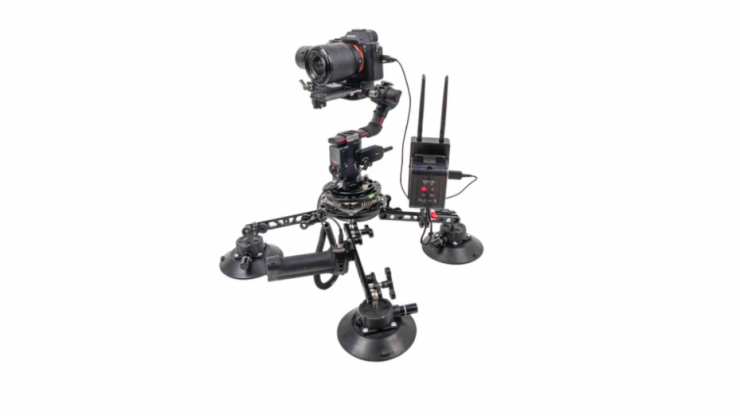 The CAME-TV 4 Arm Suction Cup Mount features a 10kg (22lb) capacity and it is compatible with the DJI RS2.

The 4 Arm Suction Cup Mount can be placed on surfaces such as the bonnet/hood, windows, and other car panels. Smaller-sized car mounts have become increasingly popular due to their ability to be used with compact-sized gimbals such as the DJI RS2. Even though suction cup mounts can provide a good amount of stability, you should always make sure that everything is additionally fastened down and that you comply with local regulations before using it.

If you combine the Suction Car Mount with the RS2 Power Adapter and the RS2 Wireless Remote you end up with a pretty capable system.