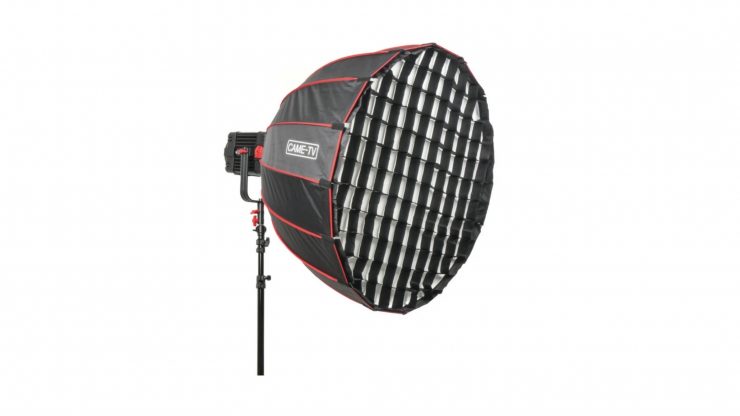 CAME-TV has announced new 120cm and 90cm Softboxes that come with a grid and a Bowens Mount.

The softboxes are quite deep and they come with diffusion and a grid. There doesn’t seem to be any beauty dish installed inside which often helps with light dispersion.

Both softboxes feature a snap-down design so they can be set up and collapsed quickly. This is the same design we have seen being implemented on a lot of other available Bowens Mount softboxes.

There are a plethora of similar softboxes with Bowens mounts on the market already and the majority of them are probably being made by the same outsourced contractor. A large proportion of these softboxes are exactly the same apart from having a different logo printed on the outside.

These prices look to be quite high considering similar options from companies such as Godox, FOMITO, LAOFAS, and Neewer are a fraction of the cost. Even the Aputure Light Dome II (34.8″), which is slightly smaller than the 90cm CAME-TV version is $219 USD.