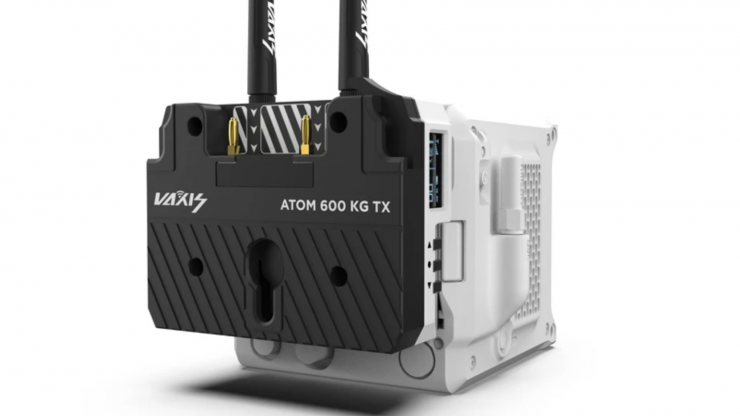 Vaxis has finally released an Anton Bauer Gold Mount version of its Atom 600 wireless system for the RED KOMODO.

Vaxis has had a V-Mount version for quite some time, but some KOMODO owners have been requesting a version that allows them to use AB Gold Mount batteries that they own.

The good news is if you already purchased an ATOM 600 KV you can order the AB Gold Mount Battery plate separately and then simply replace the V-Lock battery plate.

It features a Smart Fan, Smart Channel Scan, SDI IN and SDI OUT, SDI/HDMI Loop out.

You can vertical install an AB Gold Mount battery and the OLED Screen features a simple interface.

Real-time Monitoring can be done via an IOS/Android APP and you can also do traditional monitoring from an RX unit. The ATOM 600 KG is compatible with all Vaxis Atom Series Receivers.

The ATOM 600 has passed the RED battery communication protocol, so it can accurately read the voltage and power status from the KOMODO.

The VAXIS ATOM 600 KG is available for the following prices:

The AB Gold Mount Battery Plate that can be user-installed on the ATOM 600 KV costs $80 USD.