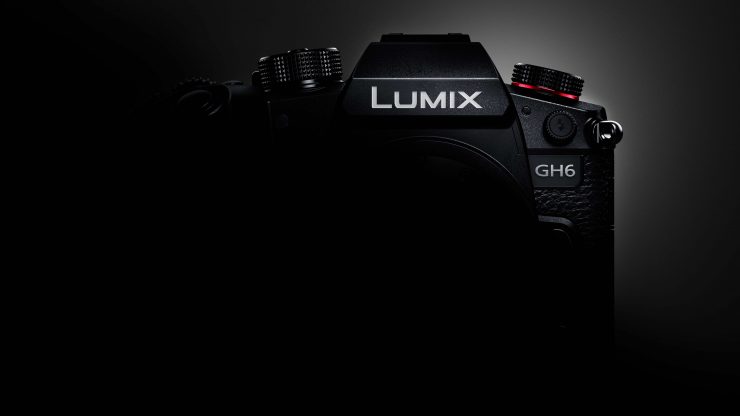 Panasonic has teased its new upcoming GH6 during a development announcement.

So let’s get straight to what you want to know. What will the camera be capable of doing? Well, here is all that we currently know:

Panasonic states, The GH6 will accommodate a wide variety of recording modes and shooting assist functions, the LUMIX GH6 will deliver next-generation video performance built to satisfy a wide variety of creative requirements, redefining the possibilities for video recording in an interchangeable lens camera.

They go onto to say, The GH6 reinforces our long-term commitment to its Micro Four Thirds lineup. The new GH6 camera will be the flagship of the LUMIX GH Series, and will deliver the innovative video performance the GH lineup is renowned for.

That is all the information that has been disclosed so please don’t ask any further questions because we simply don’t have the answers.

There is no indication about whether the GH6 will be able to record ProRes RAW and/or Blackmagic RAW externally.

What might it have that we don’t know about yet?

Who knows! Could we see phase-detect autofocus, internal RAW recording, mini XLR inputs, in-built ND? I would be very surprised if we saw any of those items in the GH6.

It is highly doubtful the AF system will change considering what Panasonic is using in cameras such as the S5 and S1H. Panasonic continues to trail most other manufacturers when it comes to AF performance. There is little to suggest that will change.

Mini XLRs are also something that would be a welcome addition, but Panasonic already has the DMW-XLR1 XLR Microphone Adapter that works with a lot of their cameras. From a manufacturer’s perspective, there would be no reason to put a feature into a camera when you already have an optional accessory that does the exact same thing.

Built-in ND? We still haven’t seen a single hybrid mirrorless manufacturer put NDs into a camera. I think it is highly unlikely the GH6 will be the first.

Will it be a worthy successor?

The popular GH5 was released way back in September 2016 and it soon garnered a strong following among video shooters due to its affordability and feature set. GH5 owners have been waiting patiently for a very long time for the GH6 to be announced.

Panasonic has undoubtedly put themselves in a difficult position because the GH6 now has to compete with full-featured full-frame options from Sony and Canon, as well as from their own S1, S5, and S1H. Yes, it is a M4/3 camera, but times have changed, and a lot of M4/3 shooters have already migrated over to larger-sized sensor cameras.

M4/3 used to have a big advantage when it came to size and cost, but that is no longer the case. Panasonic’s own S5 is almost $1,000 USD cheaper than what the GH6 will presumably cost and it is actually smaller than the original GH5. M4/3 is becoming increasingly more niche and the reasons to use a M4/3 camera have mostly dissipated.

The GH5 used to stand out because of its internal recording capabilities and video-centric features, however, times have changed, and now just about everyone is offering feature-rich hybrids. Back in 2016, Panasonic didn’t have a full-frame mirrorless camera and the EVA-1 didn’t exist, so they didn’t have anything to protect. As soon as you start increasing your product line-up you need to create market segmentation. This is inevitably going to have an impact on cameras like the GH6.

It is far too early to make any type of conclusion about the GH6. Specifications never tell you the whole story about any camera and we simply don’t know enough yet about the GH6 to say that much about it.

I hope that Panasonic does swing for the fences with the GH6 because they owe it to the legacy the GH5 set.

Are you excited about the GH6? Would you buy one? Is M4/3 dead? Let us know in the comments section below.