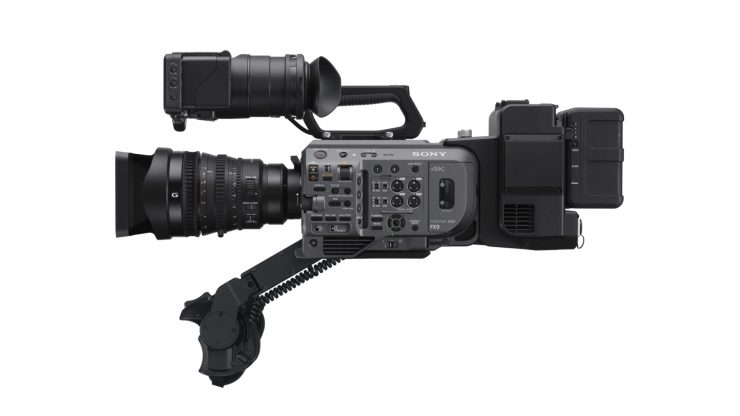 Ver.2.1 upgrade for the Sony FX9 is now available to download. This has been on the firmware roadmap for quite some time.

Ver.2.1 upgrade is free of charge and it gives uses of the FX9 the following:

FX9 owners are sure to be frustrated that in order to record UHD 120p RAW, they will require the optional, $2,498.00 USD Sony XDCA-FX9 Extension Unit.

On top of the XDCA-FX9 Extension Unit, FX9 owners will also need to purchase the upcoming Atomos Ninja V+ Pro Kit. As the Pro Kit comes with the Atomos AtomX SDI module and RAW license you will be able to output RAW over SDI.

The kick in the teeth to FX9 owners is that FX6 owners can just output RAW directly from the camera to the Ninja V+ Pro Kit.

The next firmware release will be Ver.3.0. This will also be a free of charge update, but there is no indication yet of when it will be released.

Ver.3.0 will include the following new features:

Now, you need to be very aware that the camera isn’t getting anamorphic shooting modes it is simply just getting the ability to view de-squeezed anamorphic images.