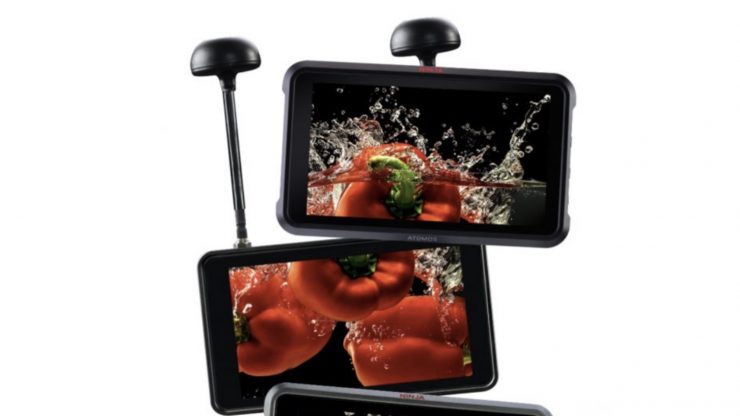 The Ninja Stream is a 5” 4Kp60 Connected HDR Monitor-Recorder with Wi-Fi, Ethernet, and USB-C. It can simultaneously record both ProRes and H.264/5 proxies with shared file names and timecodes. It does not record ProRes RAW.

The Ninja Stream is capable of sending video feeds to other Ninjas, smart devices, or web-based platforms simultaneously. Video feeds can be shared with others on set via Wi-Fi to devices and Ethernet 1Gbe at up to 300m. You can also pug an internet dongle into the USB-C and stream from there. This allows you to live stream your content around the world without the need for a computer.

You can simultaneously live stream to multiple platforms at the same time. On the interface, you can see that there is an extra stream button. This is where you can choose how and where you want to stream to.

According to Atomos, you can do a single stream from one camera or multiple streams from multiple cameras. The Ninja Stream can send wireless video and audio locally over WiFi and Ethernet to other Ninja Streams as well as streaming directly to a multitude of platforms over Ethernet or through a connected USB-C 5G/4G dongle or directly from your phone. At the same time as doing all of this, it is also capable of recording in ProRes as well as an H.265 proxy.

So how does it all work? On the Ninja Stream, you first have to tell the device whether you are sensing a stream or receiving a stream.

Once you have chosen that option, in this case, let’s assume we are sending, you then go to another screen where you choose what you want to send to.

If you are streaming from one Ninja Stream to another Ninja Stream over WiFi or Ethernet you can choose SDR or HDR and either 10-bit or 8-bit. Now, you can stream 4K up to 60p locally, but you do need to remember that the Ninja Stream only has a 1920×1080 screen.

According to Atomos, there will also be an app that you can download that will receive the streams from the Ninja Stream. This means that anyone with the app can then view and see whatever stream they want.

What do you think about the Ninja Stream ow that you know a bit more information about it? Let us know in the comments section below.