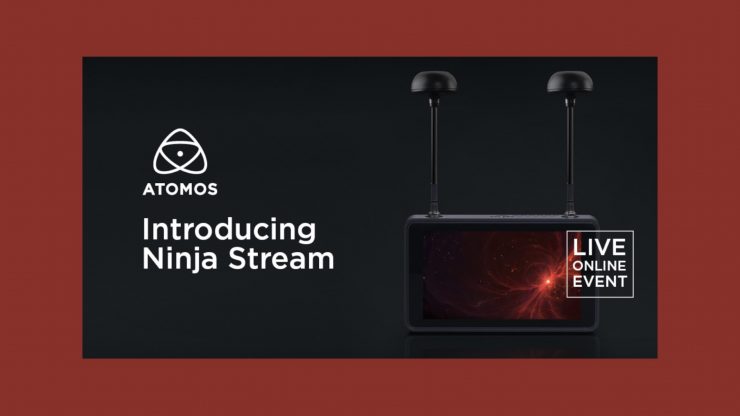 On Thursday the 6th of May Atomos will hold a live event where they will unveil all the details about the Ninja Stream, plus some other news.

You can watch the live stream at the following times around the world:

Atomos already teased the Ninja Stream last week and we already know that it is a 5” 4Kp60 Connected HDR Monitor-Recorder with Wi-Fi, Ethernet, and USB-C. It can simultaneously record both ProRes and H.264/5 proxies with shared file names and timecodes. It will also be capable of sending video feeds to other Ninjas, smart devices, or web-based platforms simultaneously. Video feeds can be shared with others on set via Wi-Fi to devices and Ethernet 1Gbe at up to 300m. This will allow you to livestream your content around the world without the need for a computer.

You can register for the live event here. By doing so you will be automatically entered into an Atomos Prize Draw. Prizes include a Ninja V+, Ninja V+ Pro Kit, and Ninja Stream. Winners will be announced during the live event.