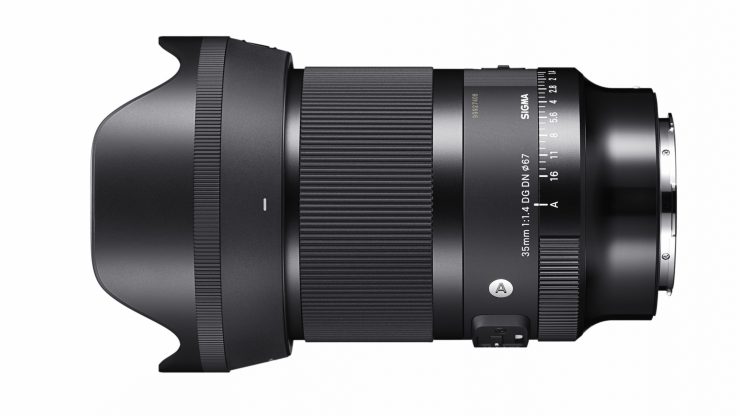 SIGMA has announced the 35mm F1.4 DG DN | Art lens. This doesn’t come as any real surprise as images and information have already been leaked well in advance.

SIGMA is touting this release as the “Art F1.4 35mm” reborn for mirrorless. It will be available in Panasonic L Mount or Sony E Mount.

You can watch the official announcement from Sigma above.

The original 35mm F1.4 DG HSM | Art was released way back in 2012, and it is still widely used by a lot of photographers and video shooters to this day.

According to SIGMA, the new 35mm F1.4 has been redesigned from the ground up specifically for mirrorless cameras.

The new 35mm F1.4 DG DN | Art. is significantly smaller and lighter than the existing 35mm F1.4. SIGMA claims that it offers an outstanding level of sharpness right to the edges of the frame at all apertures, as well as exceptionally smooth and attractive bokeh and remarkably well-controlled optical aberrations.

The lens features ultra-fast AF, a de-clickable and lockable aperture ring, and a customizable AFL button. This makes it very suitable for both stills and video use.

The 35mm F1.4 features a dust and splash-proof structure that provides sealing on buttons and along joins between constituent parts, and there’s a rubber gasket around the mount. There’s also a water and oil repellent coating applied to the front element.

The lens will retail for $899 USD and will be available in mid-May.

So how do they compare on paper?

As you can see, the lenses have quite a lot in common. The Sony is slightly lighter and has a better close focus ability, however, it is almost $500 USD more.