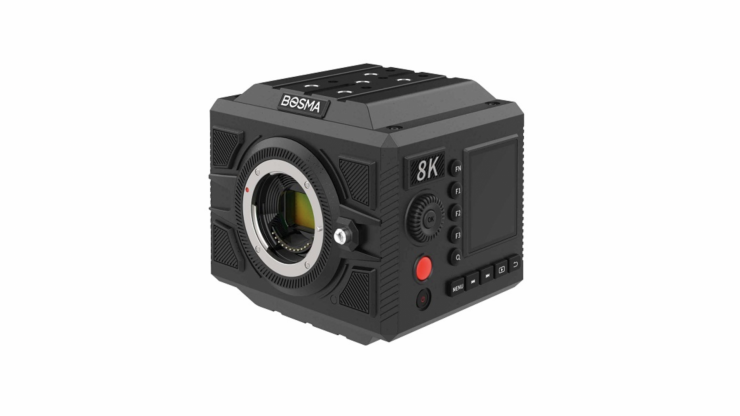 The BOSMA G1 8K M4/3 Camera is now being sold and rented directly by Astro Design here in Japan. Before you get too excited, this camera is intended for use in broadcasting, security, and surveillance environments where streaming is required.

There is a very good chance that this is the same exact sensor that was being used in Sharp’s 8K Micro Four Thirds Camera that we first saw at NAB 2019. Sharp and Astro Design have collaborated before on quite a few cameras and that also appears to be the case with the BOSMA G1 8K.

If you are not familiar with BOSMA, they were established in 2000 in Guangzhou, China. They have primarily been making optical equipment such as telescopes, binoculars, and IoT products such as smart cameras.

The camera can record the following resolutions and frame rates:

The camera records to CFast2.0, but it can also output a signal over HDMI. You can also record externally via a USB3.0 output to an external SSD. There are no SDI ports on this camera. Despite these options, the G1’s primary purpose is for live streaming. It supports IPv4, RTP, RTSP, and SRT protocols.

Astro Design is touting this camera as being a compact live streaming option that can be used for:

Above you can see Astro Design’s introduction video to the camera that they did last month.

The camera does have a small LCD screen and physical controls that look very similar to what you would find on a Z-Cam.

The camera can be powered via a single Sony NP-F series battery and there is also a DC 12V 5A (4-pin LEMO) input.