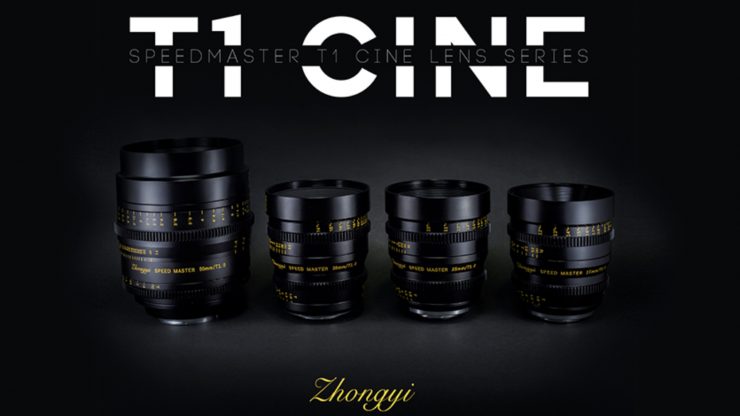 Mitakon has launched four new Speedmaster T1.0 Cinema Lenses. These are affordable fast, cine-style lenses that are claimed to have a slight vintage look.

While the company hasn’t said that they are rehoused stills versions of existing lenses, that certainly does look to be the case if you have a look at their product line-up.

The four new lenses are:

What is quite odd, is that these lenses all come in varying mounts and they are not a uniform set. For instance the 17mm T1.0 and 25mm T1.0 are only available in M43 mount, while the 35mm T1.0 is available in Canon RF, Sony FE, Fujifilm FX, or M43 mounts. But wait, it gets even more bizarre. The 50mm T1.0 only comes in Canon EF or Arri PL.

I am not sure why you just wouldn’t make a full set that is available in the same mounts and covers the same sized sensors. It is as if Mitakon wanted to look cool by releasing four focal lengths that were all T1.0, instead of concentrating on making a uniform set of lenses.

The only way to have any type of set is if you choose the M43 mount and then you have the 17, 25, and 35mm lenses. In fact, Mitakon sells this combination as a three-lens set.

The 17mm T1.0 features an 8 blade aperture, while the 25, 35 and 50mm lenses have a 9-blade circular aperture. Mitakon claims that they have reduced focal breathing.

The 17 and 25, and 35mm lenses feature the same front diameter and front filter diameter (77mm), as well as gear positions. The 17 and 25mm lenses only cover M43 sized sensors, while the 35mm covers Super35 and the 50mm covers full frame sensors.

The 50mm T1.0 covers full frame sensors and it has a minimum focusing distance of 65cm (25.59″). The optical design consists of 12 elements in 6 groups and the lens features 9 aperture blades.