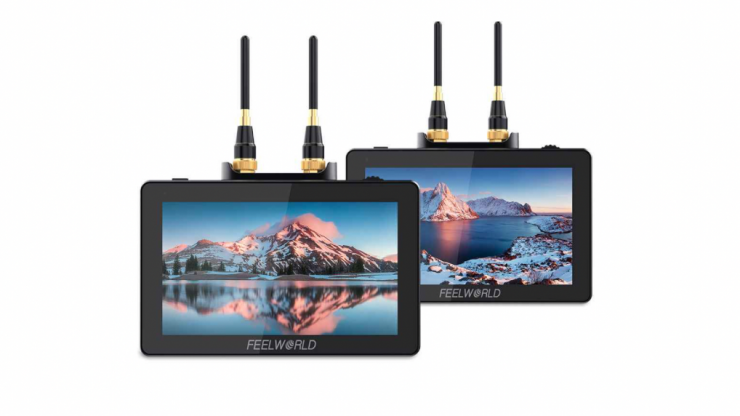 You can use simple tap and swipe gestures to change function settings and two-fingers to zoom. The monitors also have physical buttons so you can control the monitors without having to use the touchscreen capabilities. You can tap the power switch to turn off the touch functiontionality.

They also both feature an HDMI input and output, as well as a headphone jack.

Freeworls claims that the system has an 800ft (Line of Sight) transmission range and a low 0.07 latency of 0.07s. It is capable of transmitting and receiving signals of up to 1080 60p. The wireless can be turned on and off and there are 11 transmission channels to choose from.

The Feelworld FT6 & FR6 5.5 inch monitor kit is now shipping for $689.99 USD. This makes this kit very affordable considering what you are getting. I personally haven’t seen this kit so I have no idea how good the image looks on the monitors or how well they perform.