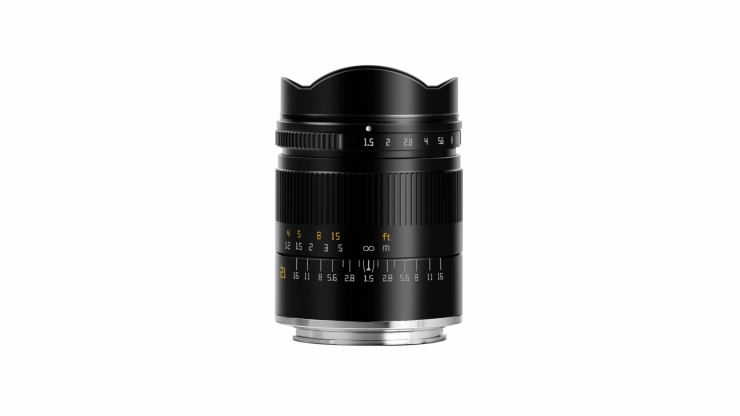 TTArtisan has announced the 21mm F1.5 for Nikon Z and Sony E Mount. This is an affordable, full-frame, fully manual wide-angle lens.

This is not a new lens and it has been available in Leica M mount since 2019.

The optical design of the lens consists of 13 elements in 11 groups and it also features 10 aperture blades.

Interestingly enough, the Sony E mount and Nikon Z mount versions of this lens are significantly cheaper than the Leica M version which retails for $429 USD.

This is a fast, wide, full-frame lens that certainly looks to be interesting given its low price.