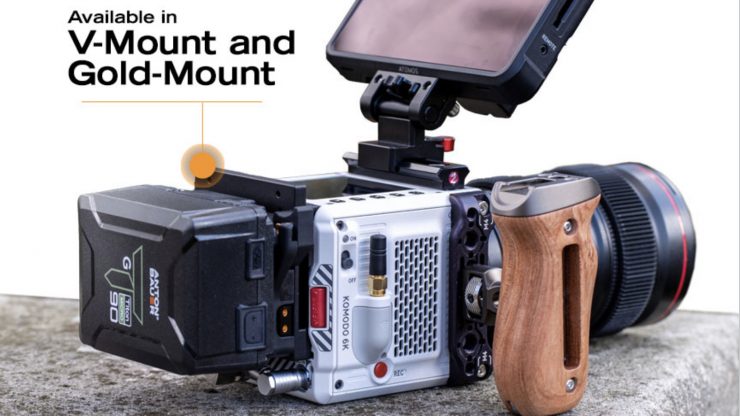 Anton/Bauer has new V-Lock and Gold Mount Battery Brackets for the RED KOMODO. The Anton/Bauer looks like it ticks a lot of boxes on paper.

There are already quite a few power solutions on the market for the RED KOMODO, however, as the camera has been slow to ship there are still plenty of customers who are still waiting to take delivery of their cameras. This is probably why we are still seeing new solutions for the KOMODO still being announced.

The direct-fit battery bracket allows you to power the RED KOMODO with either micro Gold-Mount or V-mount batteries depending on which model you choose. The battery bracket mounts directly onto the KOMODO’s integrated BP-style battery plates.

The bracket features a LEMO connection from the battery bracket to the camera and you also get 2 x P-Tap power outlets allowing you to power not only the camera but other accessories such as a monitor and wireless video.

The bracket features vertical and horizontal mounting options allowing you to rotate the battery on the back of the camera to suit your rigging style.

The Anton/Bauer Battery Bracket for RED KOMODO retail for $199.50 USD. They should start shipping soon.