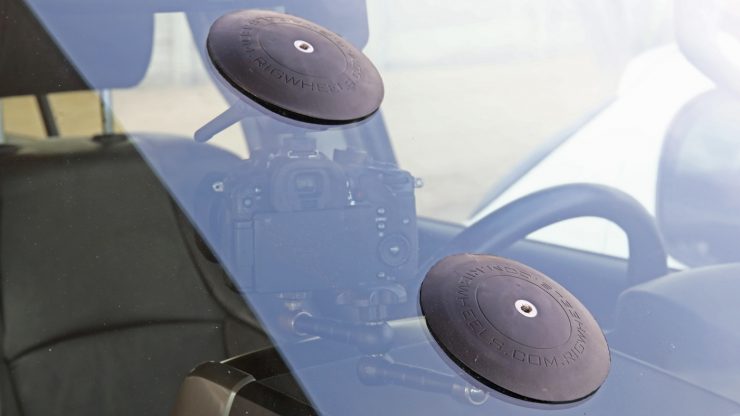 The standard Mag-Tight kit has been and continues to be used on productions all around the world. So why the need for the Mag-Tight Curve? Well, the one issue with the Mag-Tight kit was the inability to use windshield wipers or when you needed to place the system on a portion of the windshield where the wipers would not pass over.

The new Mag-Tight Curve solves this problem because its domed surface allows the wipers to pass over.

The rest of the system is identical to the original and the new curved magnets are interchangeable with the standard RigMount 100 magnets so customers who already own Mag-Tight kits can upgrade by purchasing two of the new RigMount 100 Curve magnets.

If you are not familiar with the Mag-Tight Camera Windshield Mount. It is a super easy and very quick way to mount a DSLR sized camera or other production devices, like transmitters, monitors, and antennas, to a vehicle.

I have used the system many times when mounting cameras on vehicles. Magnets are so much more reliable than using suction cups. Suction mounts lose power over time, whereas the RigWheels rubber coated magnets let you attach your camera for as long as you want without losing any strength.