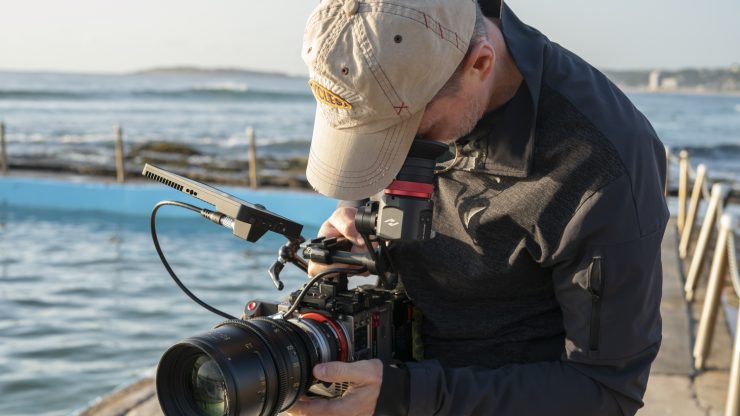 Kinefinity has announced on their Instagram account that they will be removing the cDNG codec from the MAVO LF, MAVO 6k & TERRA 4K cameras as well as the planned KRW2.0 codec.

The MAVO Edge 8K which is yet to ship will also focus on Apple ProRes rather than ProRes RAW.

Kinefinity states a ‘well-known reason in the industry’ which is probably referring to RED’s patent on internal RAW recording in cameras.

In 2019, Apple challenged and lost a challenge on the REDCODE patent. At the start of 2019, Atomos also announced that it had reached a royalty based license agreement with RED.

RED has quite a few patents on in-camera compressed RAW recording. US Patent number 8878952 states:  Embodiments provide a video camera that can be configured to highly compress video data in a visually lossless manner. The camera can be configured to transform blue and red image data in a manner that enhances the compressibility of the data. The data can then be compressed and stored in this form. This allows a user to reconstruct the red and blue data to obtain the original raw data for a modified version of the original raw data that is visually lossless when demosacied. Additionally, the data can be processed in a manner in which the green image elements are demosaiced first and then the red and blue elements are reconstructed based on values of the demosaiced green image elements.

Starting from March 1st, 2021, Kinefinity removes cDNG codec from MAVO LF, MAVO 6K and TERRA 4K on the current camera line, also drops the planned KRW2.0 codec, for the well-known reason in the industry. Also the upcoming MAVO Edge 8K will not implement ProRes RAW at first. We will continue to focus on the optimization of Apple ProRes, especially the ProRes444/XQ on the current and future product line.

Thanks for all your supports to Kinefinity all along. We will run the exciting MAVO Edge 8K and other important products in mass production ASAP. Kinefinity will keep innovating and moving forward with all of you in the new year.