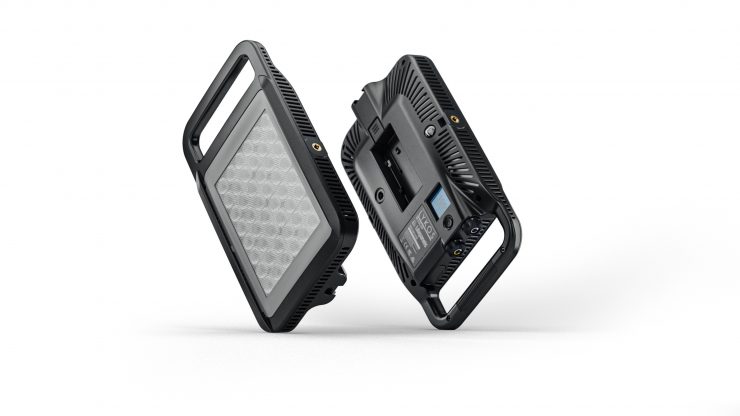 Litepanels has announced the Lykos+ Mini LED Panel. The LYKOS+ (not to be confused with Manfrotto’s Lykos 2.0) uses LED and lensing technology from the Astra range to make it 40% brighter than the previous Lykos.

According to Litepanels, the new Lykos+ Mini LED Panel can deliver 2000 lux (@3ft/1m) of accurate white light at any color temperature from 3200-5600K.

The fixture weighs just 1lb (500g). It is small enough to be used by traveling shooters who need a compact solution that can also be powered off batteries. You can get over two hours of operation via its built-in L-series/NPF battery mount. The light draws just 23W.

The light offers multiple mounting options or it can be hand-held via the hand grip. Brightness and color temperature are controlled by two simple dials or via the Litepanels SmartLite Director iOS app with an optional Bluetooth dongle.

Is this new offering the same as the Manfrotto Lykos 2.0? No. Even though Lykos began as a joint project with Manfrotto, each brand has taken the original design and optimized the features for its customers.

Litepanels has aligned the LED technology in the Lykos⁺ with their Astra range.

Lykos+ can be purchased as either an individual fixture or as a Flight Kit incorporating three lights, stands, filters, softbox, and a Peli rolling flight case.