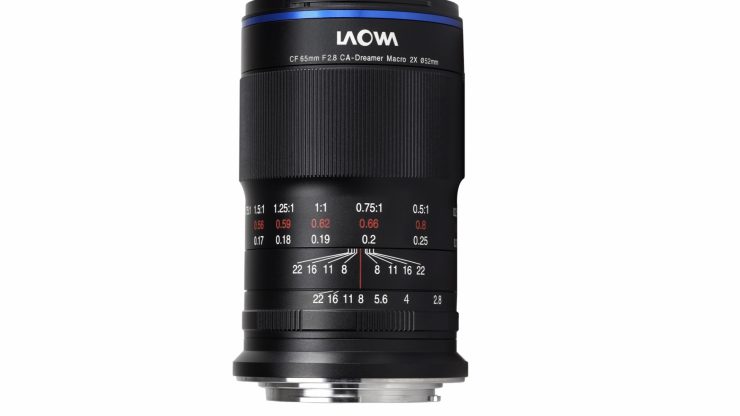 Laowa 65mm f/2.8 is designed for use with APS-C mirrorless cameras. It is the only macro lens in the market that is capable of producing 2X life-size images.

The 65mm f/2.8 features the same Apochromatic optical design that is used in the Laowa 100mm f/2.8 2X macro. This design helps suppress chromatic aberration in both in-focus and out-of-focus areas.

The internal focus design means the lens doesn’t extend when you are using it which is important when working close to objects that you are filming.