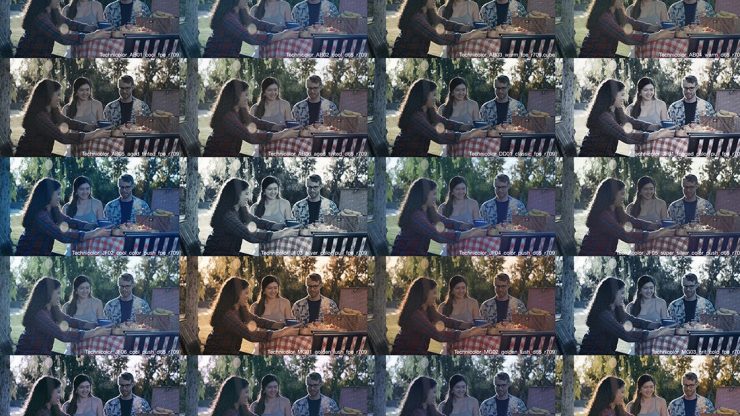 Sony has introduced the Technicolor Look Collection for VENICE. The collection is a series of 22 looks that were developed by colorists at Technicolor.

Both Panasonic and ARRI have done something similar in the past. ARRI has its Look Library which consists of 87 creative LUT-based looks in three intensities that work with the ALEXA Mini and Amira. Panasonic has the Varicam LUT Library which is Compatible with all Panasonic V-Log cameras.

This new collaboration between Sony and Technicolor allows any VENICE user to create a ‘Look‘ by simply adding one of the free downloadable LUTs. These files can be used for on-set monitoring, as well as be applied in post-production.

The Technicolor Look Collection for VENICE includes Sony’s new proprietary file format: .art. These .art files were first introduced with the release of firmware V6.0 for the VENICE.

Colorists from Technicolor who contributed to this initiative include:

Above you can see some examples of it in use.

Each of the 22 ‘Looks‘ consists of four file formats:

Any software that supports .cube files can read a file from the Technicolor Look Collection.

Could you use these with other Sony cameras?

The .art in-camera files only work with the VENICE, but the .cube files can be applied in post to any camera using Slog3/SGamut3.cine. This makes it easier when trying to match footage from the VENICE, FX9, FX6, and Alpha cameras.

Things you need to know

When shooting X-OCN or XAVC, the .art look will not be baked into the captured image. The .art file name is stored as metadata in the mxf file and can be during the post process. It is also possible to bake the ‘Look‘ into the ProRes file for in-camera dailies if desired.

If you just wanted to use one of these ‘Looks’ and add it directly to your footage and call it a day, then you could. This is similar to how you would utilize the S-Cinetone look for the FX9 and FX6.

When using the VENICE you can apply the .art look to SDI 3 & 4, the Viewfinder, and HD Monitor (not previously possible with LUTs)