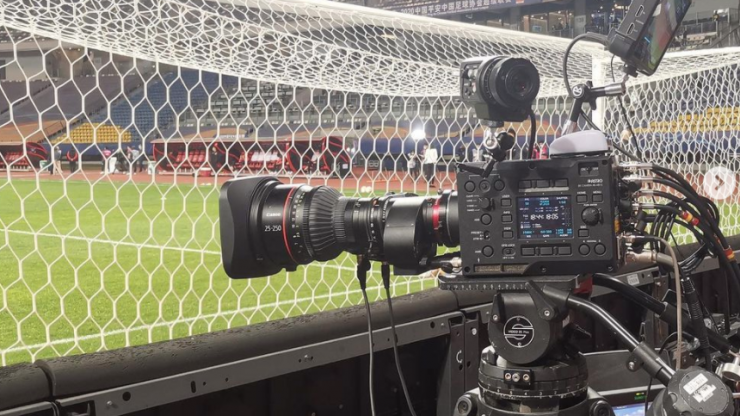 Astro Design has been making 8K cameras for a long time. We have covered quite a few of them previously on the site. Well, now they have an 8K 120p/60p Live Transmission System that is based around the AB-4815 camera. This camera is not new and it has been around since mid last year.

These cameras have all been designed for live 8K transmission and outside broadcast applications. Japanese national broadcaster NHK has been using Astro Design cameras for quite some time and plenty of their cameras will be used to cover the 2020 Olympics if they go ahead this year.

8K video at up to 60p can be output in real-time through four 12G-SDI outputs for use in live events such as stage performances and sports matches. Just like Canon’s prototype solution that we recently featured on the site, the AB-4831 has not been designed for 8K internal recording. This is a camera that has been specifically designed to be able to output 8K for live broadcasts.

The camera can be controlled externally by connecting a remote controller (RB-4816-2). It features a PL mount and Astro Design claims it has 11 stops of dynamic range.

The AB-4830 is a fanless, lightweight (340g), compact 8K camera system that features an S35mm sized sensor with a global shutter.

The camera head is just 65mm×65mm, which makes it useful for 3D filming where two cameras need to be positioned side-by-side. The system consists of a camera head and a CCU. The captured video is output from the CCU in 8K in real-time over 12G-SDI outputs. The camera and CCU can be separated by up to 100 meters, making it possible to shoot from a remote location.

The Astro Design 8K 120p/60p Live Transmission System utilizes the AB-4815 camera head, DF-3516-A EVF, a 120p-compliant optical fiber transmission device, and a camera adapter base station to be able to broadcast 8K at up to 120p.

Above you can see the workflows that are used for outputting 8K 120p/60p for live transmission and recording.

Astro Design also has the HR-7518-A 8K SSD Recorder that can record up to 40 minutes of 8K 120p footage to a 4TB drive. This is likely to be used for instant replays.