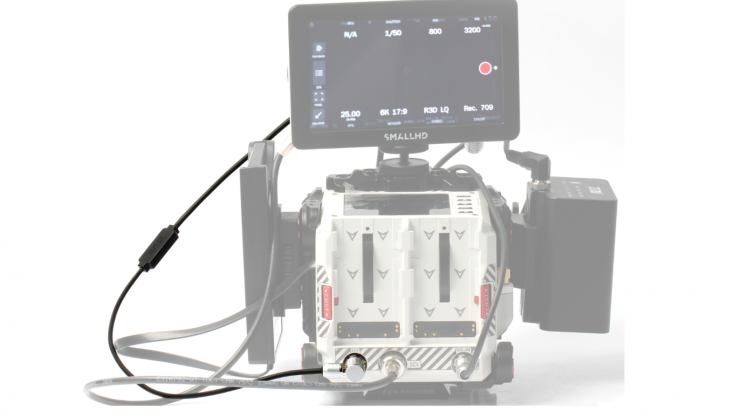 This is a 60cm (23.6″)long cable that features a 5-pin LEMO on one end and a 9-pin GPI so you can connect the RED KOMODO directly to the SmallHD FOCUS PRO.

This control cable allows the camera to send information to the monitor so you can control some of KOMODO’s functions from the SmallHD’s touchscreen interface.