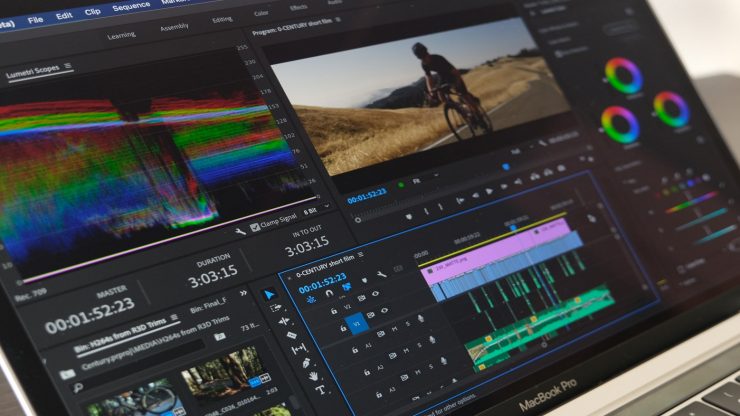 Apple’s new M1 silicon in the new 13″ laptops and Mac Mini are looking like the future for Apple as these first systems show impressive computing power. One issue with an all-new processing system is software has to be somewhat rewritten to work properly. Apple has Rosetta 2, which does a good job getting a lot of software working, but at a performance hit.

The M1-native Premiere Pro Beta includes the core editing functions and support for the most widely used codecs: H.264, HEVC, and ProRes. Since Premiere Pro is built on a large codebase with support for a wide range of media and functions, Adobe takes a phased approach as they build out native Apple M1 support. This allows them to validate performance for specific parts of the application before adding new components.

Users should note that the Premiere Pro Beta for Apple M1 incorporates the new captions workflow’s latest builds, which requires a project file format upgrade. It’s recommended to create a copy of current projects for Beta testing to avoid compatibility issues for any ongoing production work.

The Beta builds for Premiere Pro, Premiere Rush, and Audition with native Apple M1 support can be installed directly from the Creative Cloud Desktop application. Users with Apple M1 devices are invited to test the new Betas today and share their feedback with Adobe product teams.

Release versions of Premiere Pro, Audition, and Premiere Rush with full native support for Apple M1 systems on macOS will be available in the first half of 2021. Work on native Apple M1 support for After Effects and Character Animator Apple M1 will begin in 2021.