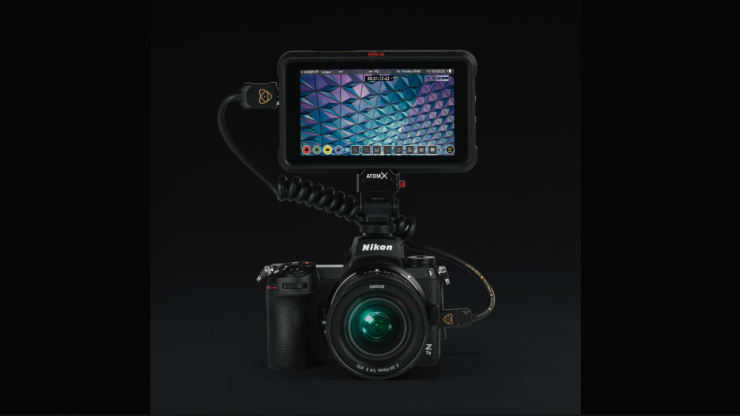 Atomos has announced that the Nikon Z 7II is now able to output and then record up to 4Kp30 Apple ProRes RAW files to the Ninja V monitor-recorder.

The Nikon Z 7, Z 6, Z 7II, and Z 6II cameras offer the ability to shoot video in N-Log, which is fully supported in the AtomHDR monitoring pipeline with the ability to add built-in 709 preview, custom 3D LUTs, and LOG to HDR conversion for both monitoring and output. The current Atomos firmware now adds the ability to monitor the RAW output as N-Log, to allow the use of existing N-Log 3D LUTs both on the Ninja but also in NLE applications where N-Log is now available as a RAW to Log conversion.