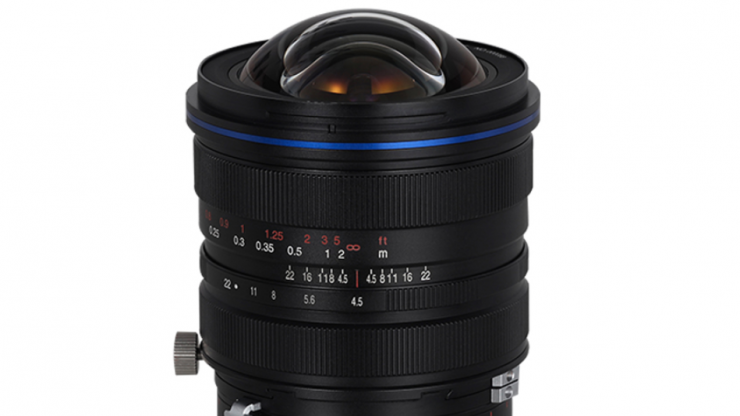 Laowa has announced the 15mm f/4.5 Zero-D Shift Lens which they are claiming is the World’s widest shift lens for full-frame cameras.

Venus Optics, which makes the Laowa lenses have always specialized in making unique optics, and the 15mm f/4.5 Zero-D Shift follows that trend.

The lens allows for a ±11mm shift amount on full-frame sensors and ±8mm for medium format. The 15mm f/4.5 Zero-D Shift straightens the lines that appear to converge in the distance. Crooked images can be corrected by changing the perspective of the lens. This allows you to correct perspective distortion.

The optical design of the 15mm f/4.5 Zero-D Shift is composed of 17 elements in 11 groups with 2 aspherical elements. According to Laowa, this suppresses the distortion to nearly Zero level from corner to corner. There is a 5-bladed aperture

The 15mm f/4.5 features a new lens coating that is claimed to significantly improve the amount of chromatic aberration, flaring, and ghosting.

The lens has a 20cm close focusing ability, which is handy for creating unique shots.

The rotation function enables users to change the direction of the shift easily by pressing the silver unlock button. The lens barrel can be rotated through 360° and it clicks every 15°.

The price for 15mm f/4.5 Zero-D Shift is $1,199 USD for all mounts. Pricing varies in different countries. The first 100 orders through the Laowa webstore will get a lens pouch for free.

Shipping starts from late-Nov 2020 for Canon EF and Nikon F mount.
The Canon RF, Nikon Z, and Sony FE mount will be shipped from Feb 2021.