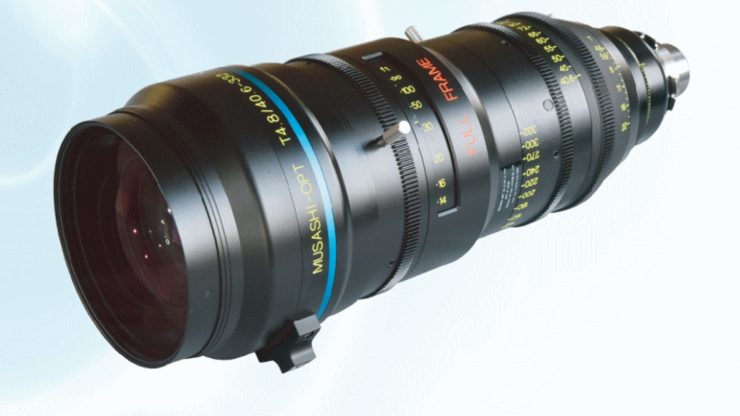 The Musashi Optical 40.6–332mm T4.8 Full Frame Cine Zoom is the latest lens from the boutique Japanese manufacturer. It was unveiled back in November 2019, but it is now shipping and a price is available.

The lens features a constant T4.8 aperture throughout the zoom range. It covers image sensors up to 46.3mm which allows this lens to be used on cameras such as the RED MONSTRO 8K VV and ARRI ALEXA LF.

Musashi Optical’s first cinema lens was the Super35 Takumi 23.9–195mm T2.9 Musashi Optical is not new to optics, they have been specializing in 4K/8K optics for broadcast and cinematography for a long time, but they are mostly known for their optical extenders.