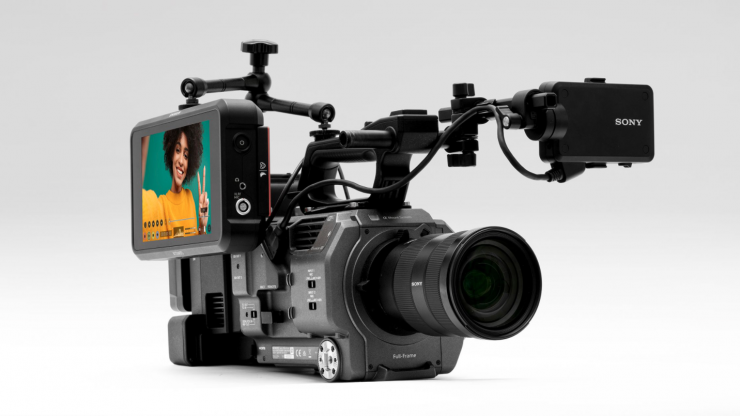 Atomos has finally announced the availability of ProRes RAW support for the Sony FX9. You will be able to record ProRes RAW over SDI externally to the Atomos Shogun 7. This comes in the form of the AtomOS V10.42 firmware update which is free to download.

Sony recently released firmware version 2.0 for the FX9 that allowed the camera to output RAW over SDI, however, there wasn’t any way of actually being able to record it, until now. Atomos and Sony have been teasing ProRes RAW recording on the Shogun 7 from the FX9 since July.

It takes two to tango

The catch is you still need to buy the ridiculously large and expensive $2,495 USD Sony XDCA-FX9 Extension Unit as well as a $1,299 USD Atomos Shogun 7 to be able to do it. The total cost of entry for recording ProRes RAW from the FX9 is $3,794 USD, and that doesn’t include an SSD drive.

Why Sony continues to go down this route of having to add expensive and large extension units to output RAW from some of their cameras is still a mystery. It makes little sense when a camera such as the Panasonic EVA1 can output uncompressed RAW via 6G SDI. The EVA1 can record ProRes RAW in 5.7K at 1fps to 30fps, 4K at 1fps to 60fps, and 2K at 1fps to 240fps.

What can you record?

The ProRes RAW files from the FX9 will have embedded metadata. Apple’s Final Cut Pro X and other NLEs will recognize ProRes RAW files recorded by the Shogun 7 from the FX9’s RAW output and allow for them to be set up for editing and display in either SDR or HDR projects. Additional information will also allow other software to perform extensive parameter adjustments.

The lack of ProRes RAW full metadata support for certain cameras is still an ongoing problem. Some cameras that are outputting RAW do include metadata so that items such as ISO, color temperature, and exposure offset can be adjusted in certain NLE and software. The trouble is, not all cameras have this metadata being embedded and some NLE and software programs don’t have the extended controls for ProRes RAW.

Are you interested in recording ProRes RAW on an Atomos Shogun 7? Is the cost of entry too high? Let us know in the comments section below.