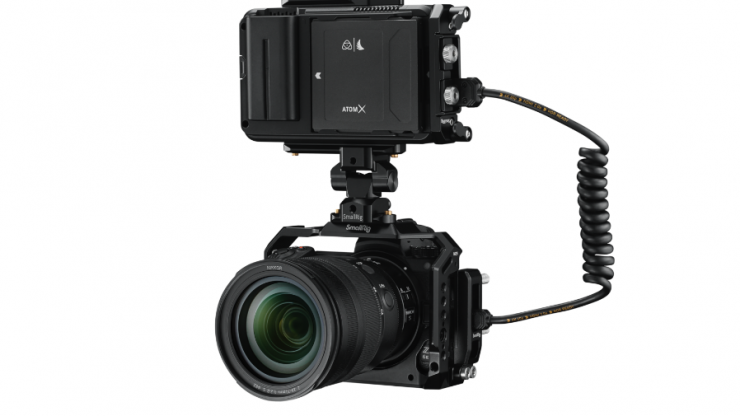 Atomos have announced ProRes RAW support for the new Nikon Z 6II and Z 7II. Both of these cameras will be able to output up to 4Kp30 RAW over HDMI that will then be able to be recorded as ProRes RAW files when combined with the Atomos Ninja V monitor-recorder.

What is interesting is that the Nikon z 6II and Z 7II will also eventually be able to output a signal that can be recorded as Blackmagic RAW. The Blackmagic RAW will come as a paid firmware upgrade in February 2021.

Unlike the original Z6 and Z7, you don’t have to send your camera to Nikon and pay for it to be updated to get the RAW output functionality.

What do the cameras output?

The Nikon Z 7, Z 6, Z 7II, and Z 6II cameras offer the ability to shoot video in N-Log, which is fully supported in the AtomHDR monitoring pipeline with the ability to add built in 709 preview, custom 3D LUTs and LOG to HDR conversion for both monitoring and output. The upcoming Atomos firmware release will now add the ability to monitor the RAW output as N-Log, to allow the use of existing N-Log 3D LUTs both on the Ninja but also in NLE applications where N-Log is now available as a RAW to Log conversion.

To further support the ProRes RAW format, Nikon has also announced that they will be updating the current Nikon Z 7 and Z 6 firmware to support the enhanced ISO/exposure compensation metadata for the new Final Cut Pro controls. This will also be available in an upcoming Adobe Premiere Pro update. The Nikon Z 7II and Z 6II will have these enhanced metadata features already enabled.