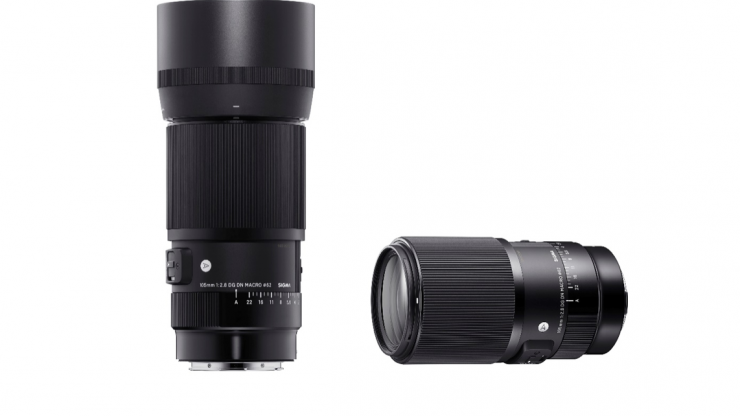 The new 105mm lens is the first Art line macro lens designed specifically for mirrorless cameras. It has a minimum focusing distance of 11.6″, and a 5.5″ working distance.

Sigma claims that it prioritizes optical performance above all else in its Art lens line-up. The 105mm F2.8 is said to have outstanding rendering performance from the center of the frame all the way to the edges, and it is claimed to be able to minimize ghosting and flare, even in backlit conditions.

The optical design of the lend consists of 17 elements in 12 groups, with 1 SLD element.

The lens barrel features a Focus Limiter Switch that allows users to limit the lens’ focusing range, which is useful if you want faster AF performance. There are three settings: 0.295m-0.5m, 0.5m-infinity, or FULL.

Near the Focus Limiter Switch is an AFL button*, which allows users to assign a particular function via the camera menu.

*Limited to compatible cameras. Also, the functions depend on the camera.

Sigma claims that the lens is optimized for cameras that utilize the latest face/eye detection AF.

The lens retails for $799 USD. It will be available from the 23rd of October.