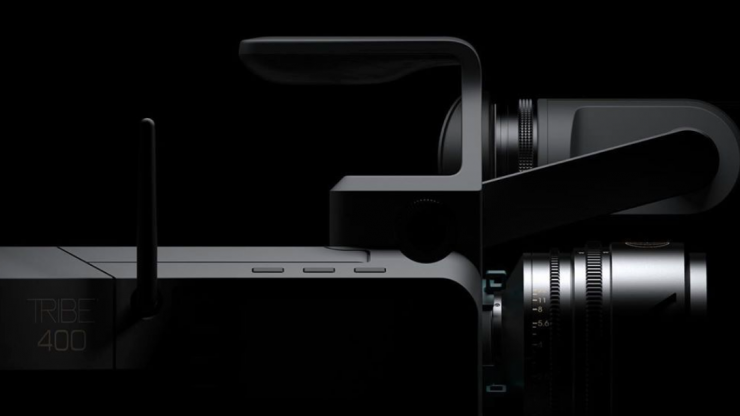 TRIBE7 has leaked on Instagram that they are in the process of creating a Hybrid 8-perf VistaVision Camera. So why have they decided to do this?

Well, recently IMAX announced its ‘Filmed in IMAX’ program which is an incentive for more filmmakers to create IMAX content. IMAX has teamed up with camera manufacturers and has now certified the ARRI ALEXA LF and MINI LF, Panavision Millennium DXL2, RED RANGER MONSTRO, and Sony’s VENICE cameras for IMAX use. These cameras now join the ARRI ALEXA 65 IMAX camera as large format digital cinema cameras that have been approved by MAX.

TRIBE7 is creating the Blackwing Vista with this new IMAX program in mind. What is interesting is this is a film camera that has been designed to use a parallel digital capture system so you can record proxies, use a digital viewfinder, and provide on-set monitoring.

This is an interesting decision by TRIBE7 as shooting IMAX film is incredibly expensive and that is why we have seen this move towards approving large format digital cinema cameras. Processing film is costly and time-consuming. A 400′ roll of film in a VistaVision 35mm 8-perf camera only allows you to record for around 2 minutes. VistaVision 35mm 8-perf cameras have also been traditionally very noisy so capturing sound has always been an issue.

TRIBE7 started working on this camera during the COVID-19 lockdown. It seems to still be very much a concept camera and TRIBE7 is currently looking for collaboration partners to push the project forward.

Maybe the Blackwing Vista will ultimately be a modern-day version of the Beaumont VistaVision 35mm 8-perf camera that was used for shooting some scenes in movies such as Spectre, Inception, The Dark Knight, The Dark Knight Rises, Spiderman 3, and Men In Black.

You may well remember that we ran an article on TRIBE7 BLACKWING7 Lenses back in April 2019. If you are not familiar with TRIBE7, it is a collaboration between Artist and Academy Award-nominated cinematographer Bradford Young, ASC & Neil Fanthom, Former Strategy & Technology Executive at ARRI. They have been making bespoke made-to-order lenses for the last year or so.

Two years ago on the site, we ran an article about the Magellan 65 which is a hybrid hand-held and ultra-light all-purpose film camera made by Logmar Camera Solutions. You can read our article on that camera here.