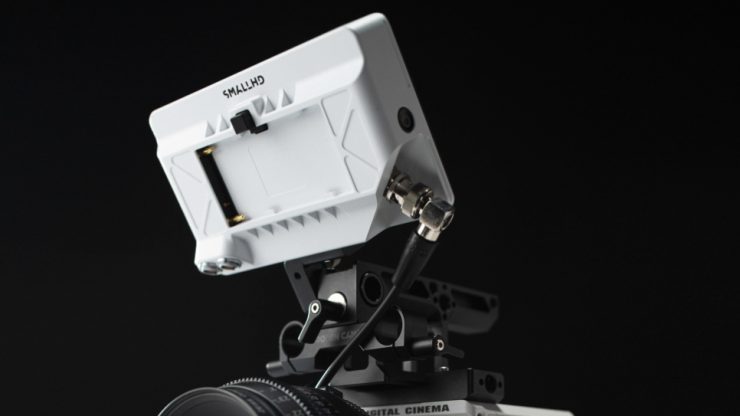 The RED KOMODO still hasn’t started shipping to the general public, but there are already quite a few cameras out in the wild that have been in the hands of what RED describes as ‘Beta Testers’ for several months now.

For anyone who happens to have a white Stormtrooper version of the KOMODO, SmallHD has a Focus Pro Limited Edition monitor that is also white.

If you are into the whole color co-ordinated thing then maybe this is for you. Strangely, the front of the monitor still features a black bezel.

The Focus Pro has a 5″ 1280×720, 800nit, 294 PPI touchscreen. The monitor features a milled aluminum chassis and it weighs in at 272g (9.6 oz). It has three ¼”-20 mounting points. You do have to factor in that the Focus Pro doesn’t come with any mounts. The optional Focus Pro Hinge Mount is sold separately.

Please note that The firmware update for Camera Control for RED KOMODO won’t be available until October 2020.

Just like other SmallHD monitors, it features SmallHD’s OS4 operating system. The monitor has a single SDI In and a battery plate that accepts a Sony L series battery. The monitor may also be powered by an external source via a 2-pin input.