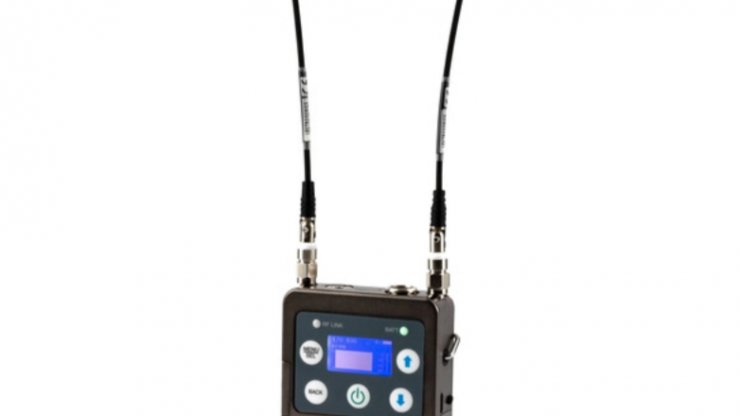 Lectrosonics has announced the DCHR portable digital stereo receiver. The DCHR has been designed for use in film and TV productions as both a wireless stereo audio link, and a stand-alone miniature receiver for use with D Squared series mono transmitters.

The DCHR Digital Receiver works alongside the DCHT transmitter to form a Digital Camera Hop system. The receiver is also compatible with the M2T unencrypted and M2T-X encrypted digital stereo transmitters, and the D2 Series mono digital transmitters, including the DBu, DHu, and DPR.

It has been designed to be camera-mountable and battery-powered. The headphone monitor output is fed from a stereo amplifier andit is claimed to have enough power available to drive even inefficient headphones or earphones to sufficient levels for noisy environments.

It also features an LCD intercae interface fot the user to be able to make changes, as well as employing a 2-way IR sync, so settings from the receiver can be sent to a transmitter.

The DCHR provides two channels of mic or line-level analog signals or an AES3 digital signal via a locking TA5M connector. The DCHR also features a 4th-generation design with high-efficiency circuitry for extended operating time on two AA batteries.

The DCHR can tune across the available UHF TV band from 470 to 614 MHz (470-608 MHz when NA Locale is selected) in 100 kHz or 25 kHz steps, offering more than 6000 frequencies. The digital architecture allows for AES256-CTR encryption for applications where content security is a concern, and provides four different encryption key policies for a variety of applications.

The DHCR digital 2 channel portable receiver retails for $1,995 USD. It will be available in mid November.