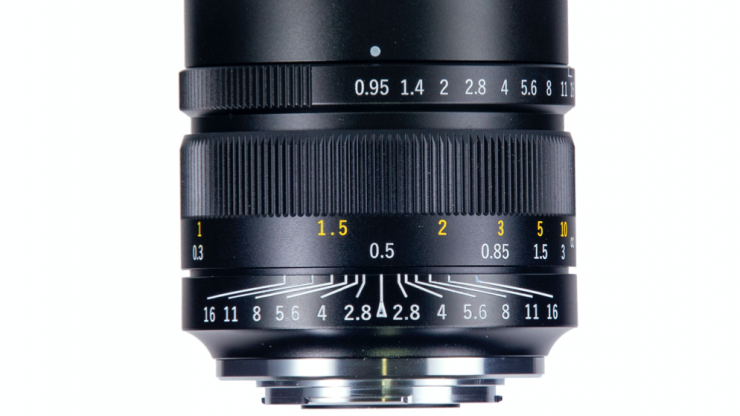 The new 17mm f/0.95 and an 8-bladed aperture and the lens design consists of 12 elements in 9 groups. There is one extra-low dispersion element and 4 high refractive index elements that are claimed to help suppress chromatic aberrations.

The lens features a de-clicked aperture ring which is handy if you are using it with a BMPCC 4K, Panasonic GH5, or a Z-Cam E2.

The Mitakon Speedmaster 17mm f/0.95 III is now available to ship and purchase at ZY Optics official website. The price is $399 USD.