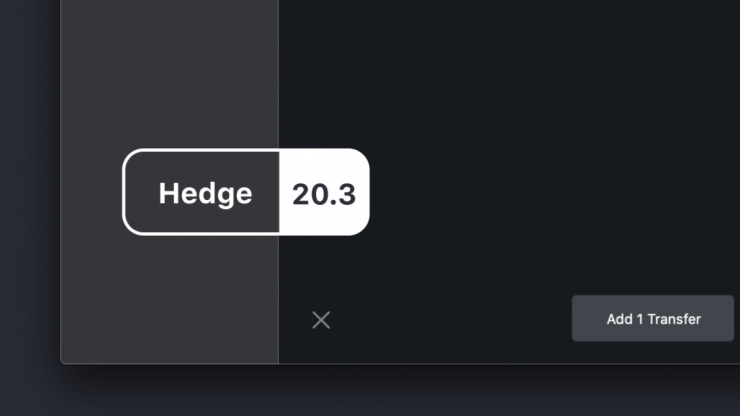 Hedge 20.3 is now available. This latest version builds on the previous Filter & Rename options that were added to the copy and backup verification program.

So let’s have a look at what is new.

Presets allow you to get rid of annoying card structures, like those found in some Sony camera recordings.

Above you can see that you are able to get rid of the Sony card structure and only save the actual .MP4 files. Now it is important to note that you are not corrupting the file structure you are just getting rid of the unnecessary items and re-packing the clip so to speak.

You can enable or disable a Preset for each individual transfer, without needing to go into the Preferences menu.

It also allows you to store and edit your presets so you can bring them up quickly.

If you start from scratch and make your first change in the Organization panel, and click Save as Preset, you’ll see it pop up when doing a Transfer. From that moment on, all other changes made to presets are autosaved. Presets can easily be duplicated in-app, and you can rename, edit, and share them directly in Finder. Double-clicking a preset will load it as the active preset, and if a preset with the same name already exists, it’s updated immediately.

Hedge Presets are an open standard. Essentially they are tiny text files, with a JSON structure. This makes them easily shareable with anyone.

Previously the Source Counter was linked to the Sources panel, so it didn’t know the difference between cards from an A or B cam. To stop this from happening, Hedge has now linked Source Counters to Presets. So how does it now work?

If you have a Preset that uses {Source Counter}, Hedge still understands it, and will treat is just as it would treat the new Counter.

Presets are available for Hedge users on MacOS. Windows users can expect an update later in the year. You can update in-app to 20.3, or download a fresh install directly.