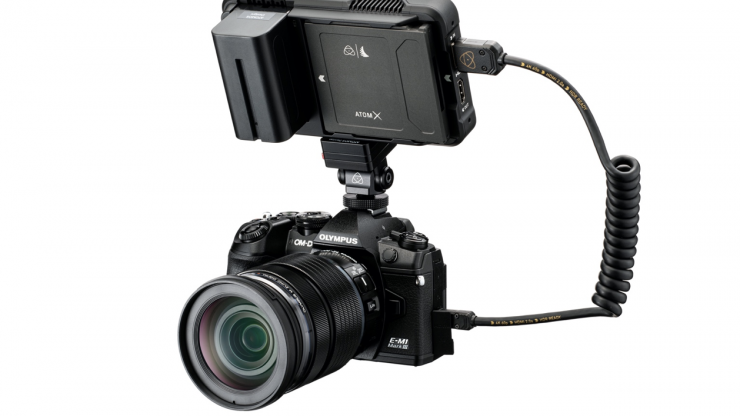 Atomos has announced that RAW recording over HDMI will eventually be possible with the Olympus OM-D E-M1X and OM-D E-M1 Mark III mirrorless cameras. I say eventually because this won’t be possible until the northern hemisphere winter.

This year we have seen quite a steady stream of cameras from a wide array of manufacturers getting the ability to output a RAW signal over HDMI that then can be recorded as ProRes RAW to a compatible Atomos product.

The Olympus OM-D E-M1X and OM-D E-M1 Mark III cameras are not the most popular choice with video shooters, but there are still users out there who like the small size and in-body 5-axis image stabilization. By adding a RAW output the cameras may well find a new lease of life and they might make for an interesting option if you can pick one up second hand.

With ProRes RAW recently getting new RAW controls within FCPX it is slowly starting to get a bit more acceptance. As more and more cameras start to get the ability to output a RAW signal over HDMI do you think there will actually be a chance that programs like DaVinci Resolve will start supporting ProRes RAW?