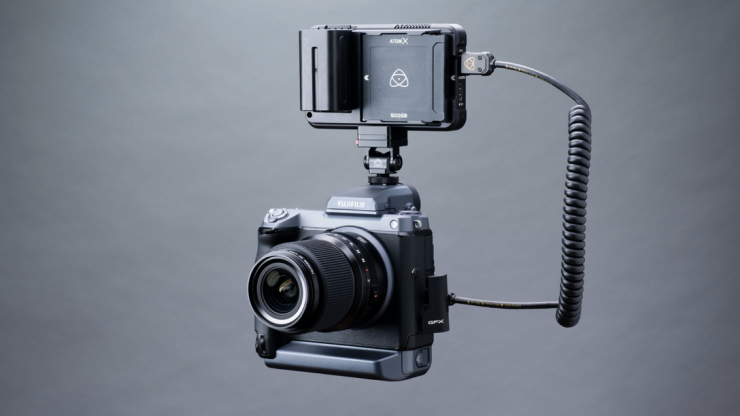 Atomos has officially released firmware that enables RAW over HDMI recording with the Fujifilm GFX100 and Ninja V 5” HDR monitor-recorder. The Ninja V will record up to 4Kp30 12-bit Apple ProRes RAW from the GFX100.

The Fujifilm GFX100 is still a fairly niche camera when it comes to being used for recording video. While it is good to see these new capabilities in the camera I am not sure how many people are ultimately going to be using the GFX100 for video productions.

ProRes RAW may now start to gain a little more acceptance with the release of FCPX 10.4.9, which gives you dedicated white balance and ISO controls. However, quite a few cameras are not yet supported when it comes to embedding the required metadata in the recorded stream that then needs to be read by FCPX. Whether you will see these new RAW controls in FCPX depends on the camera you have been using. It is unclear whether the Fujifilm GFX100 has that metadata already included in the recording stream for you to be able to use the new RAW functionality in FCPX.

The firmware update 2.01 from Fujifilm is already available, and the free AtomOS 10.53 update for Ninja V is available now at the Atomos website.