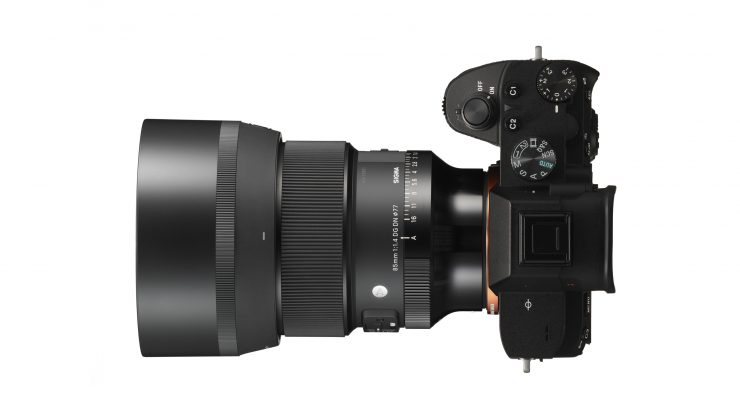 Sigma has unveiled its latest lens, the 85mm F1.4 DG DN. It is available in either Sony E-mount or L mount.

The lens was designed from the ground up specifically for mirrorless cameras, and according to Sigma, ‘It offers unparalleled optical performance, a compact and lightweight body, robust build quality and high-speed AF’.

The lens boasts five Special Low Dispersion (SLD) elements and one aspherical element that is claimed to help to control optical aberrations including chromatic aberration, flare, and ghosting.

The lens design including a dust and splash-proof barrel, a lockable and de-clickable iris ring, and a customizable AFL button. The lens also comes with a lockable lens hood. The 85mm F1.4 DG DN | Art uses materials such as aluminum and TSC (Thermally Stable Composite) to achieve Art-line build quality, but with weight kept to a minimum.

The newly-introduced iris ring lock switch allows users to lock the iris ring either at auto or between apertures F1.4-F16. This prevents unintended movement of the ring from auto to manual, or vice versa, during shooting.

There is a Focus Mode Switch on the lens barrel, and an AFL button that allows various functions to be assigned from the camera body according to user preference.

The lens retails for $1,199 USD. It should be available soon.